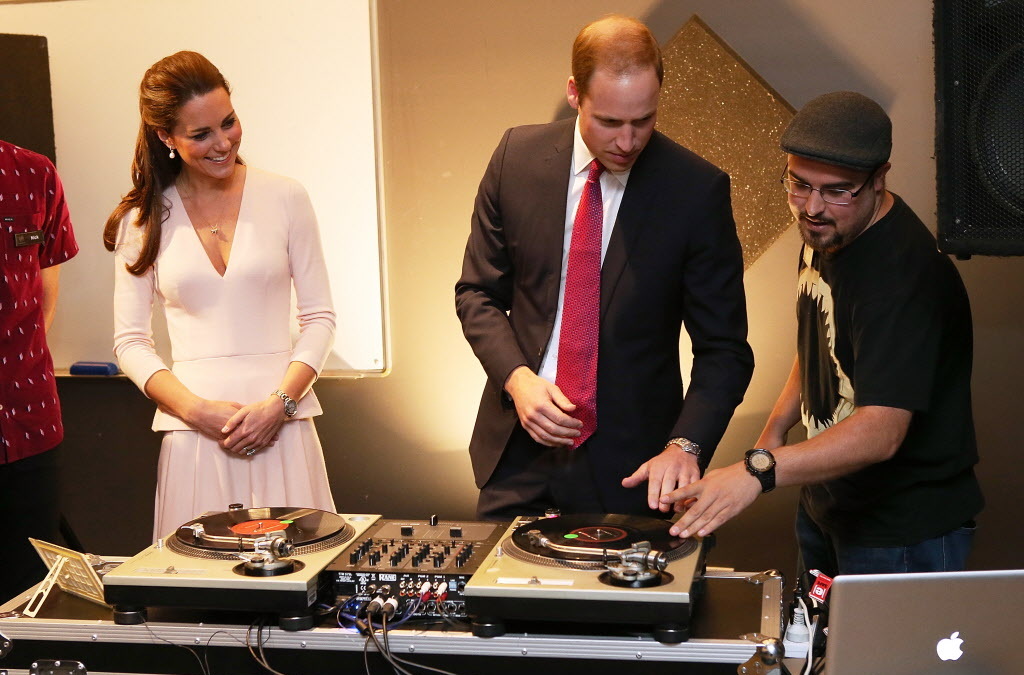 He might be the future King of England, but Prince William won’t be commanding big sums as a DJ anytime soon.

It was all smiles when William and his wife, Duchess Kate, had a spin on the decks during a visit to a community music center for youth in Adelaide, Australia.

Kate stepped up first to work the vinyl. Her husband managed to do the task, though not quite as stylishly, notes the Daily Mail. His efforts prompted instructor Shane Peterer to suggest he may want to keep his day job.

The royal couple are on a three-week tour of Australia and New Zealand, their first official trip overseas with their child, Prince George.

It’s not William’s first go at music making. Last November, he joined Jon Bon Jovi and Taylor Swift onstage at a charity gala in London for a rendition of “Living on a Prayer.”