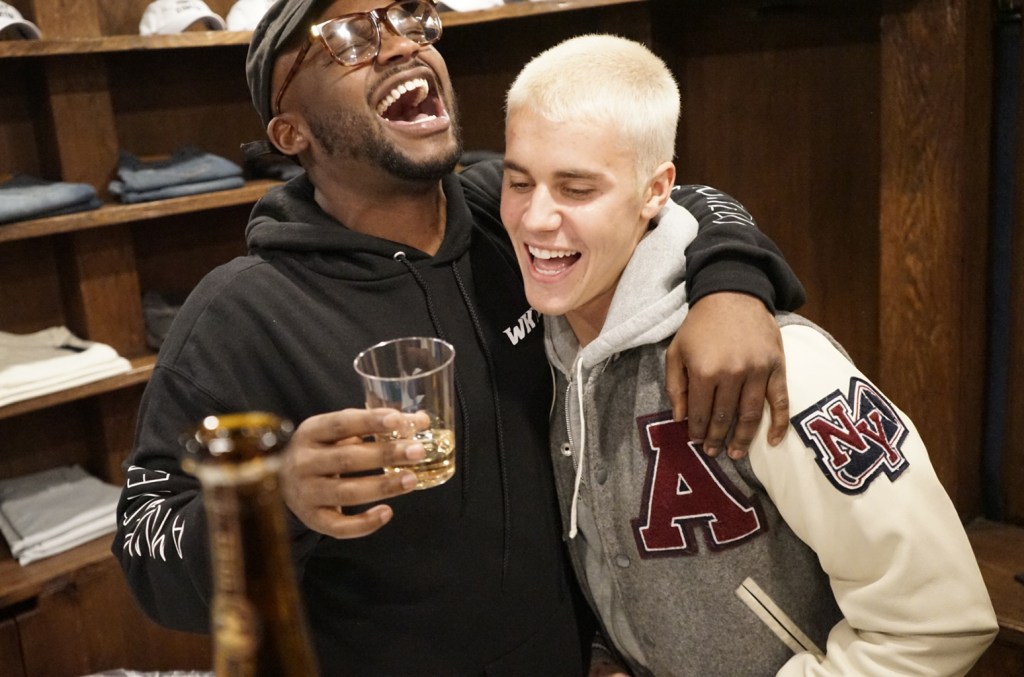 DJ Tay James has been the official DJ for pop star Justin Bieber for the past eight years, but the 29-year-old’s journey began long before then.

Hailing from Baltimore, Maryland, James’ musical path was cemented during adolescence, much like Bieber. “My parents got me my first turntables at 12,” James tells Billboard, “and I kinda just used that and DJed throughout college and high school. I used that to build a fan base.”

James performed at social gatherings and birthday celebrations, working tirelessly to honor his trade while looking to established musicians for further inspiration. “I try to look at all these DJs and take a piece from everybody and just try and create my own little lane — which is what I’ve been trying to do my whole life,” says James.

He eventually landed a gig playing Bow Wow’s birthday party on MTV, and later had the honor of performing at Barack Obama’s first inauguration party in Washington, DC James and Bieber began working together shortly after.

“I linked with Justin after I graduated from school,” explains James, a Hampton University alum. “His management got in contact with me and a mutual friend put me on to the job — it’s been history ever since. Eight years later, I’m still with him.”

Bieber was about 14 when the two linked up, and over the years they’ve easily formed both a professional and personal relationship. “Besides him being my boss, we’re also really good friends,” James tells Billboard. “We grew up together in this industry and we learn off each other and feed off each other. This relationship is going to continue to build.”

That bond even extends to James working on Bieber’s latest album. “The Purpose album was nominated for a Grammy. I was blessed to be in the studio to work on a few of those records,” says James, who landed a co-production credit on “Trust.” “Man, it was such a great opportunity. I stopped DJing. I was in the studio for six or seven months, just helping build that sound. It was such a good experience.”

Though album production and constant touring call for an unprecedented amount of work, the pair have also made memories while on tour. “We were doing promotion for Believe [in Norway], and the show was crazy — we were playing on the water. After the show, we couldn’t leave regularly because Oslo canceled school so people could go to the Bieber concert,” James says. “So after the show, instead of taking regular transportation, we couldn’t leave in a car, we had to hop in a boat and go across the water so we wouldn’t get mobbed by fans. So we hopped on a boat thinking we were being smart — no! In Oslo everyone has boats, so everybody hops on boats and next thing you know, it was like a boat chase. Luckily, we got there first!”

While James’ time with Bieber is expansive, the DJ is also a part of a myriad of other projects — some of which he is spearheading himself. On Feb. 25 in Hollywood, James held a pop-up shop for his new apparel collaboration with Diamond Supply called We Know the DJ, where Bieber, of course, stopped by to show his support.

The name of the line links to a longtime blog of the same name that James has run. “We Know the DJ started as a regular blog for my friends and family,” explains James. “I was filming every little thing I was doing on tour with Justin, behind the scenes — what food I was eating, clothes I was buying, cities I was going to. I was doing that for a few years and I was getting a lot of hits. The name is just so big – it’s bigger than just me.”

He continued, “So the past couple years we’ve been transitioning it to make it about all DJs. So I added two more DJs to the roster — I’ve got Wiz Khalifa’s DJ, DJ Bonics, and Big Sean’s DJ, DJ Mo Beatz. We’re all touring DJs, we tour around the world with huge artists, and now it’s about showcasing what these DJs do.”

Perusing the site, viewers are offered a glimpse of what software the mix masters are using, video tutorials and apparel, including James’ Diamond Supply partnership.

Going forward, James hopes to include some younger, up-and-coming DJs as well — like 10-year-old twin DJs Amira and Kayla, who have appeared on Ellen and performed at New York Fashion Week.

Recognizing the passion these young DJs possess and aiding them is vital to James, who sees a lot of himself in them. “It kind of reminds me of me and my come-up,” he says. “It’s nice to see how DJing has transformed. With technology, people have the chance and means to learn to DJ at an earlier age.”

James is doing even more to help budding DJs advance their craft. James has partnered with the app company, Algoriddim, to support DJ-centered apps like DJay Pro and DJay 2. “It’s a new software where you can connect to Spotify. You can literally DJ from Spotify’s collection,” James details. “So instead of having your own music, you can connect to Spotify and DJ from their collection or your collection. You can do it from your phone, your tablet — it’s a new and innovative way to DJ.”

Moving forward, he wants to be a part of wherever technology takes the trade next, working with aspiring DJs even as he continues to work on himself. “It’s all I was focused on, and when you focus on something the way I was focused on DJing, you’re going to find a way for yourself. You’re going to make a way, and that’s what I did.”