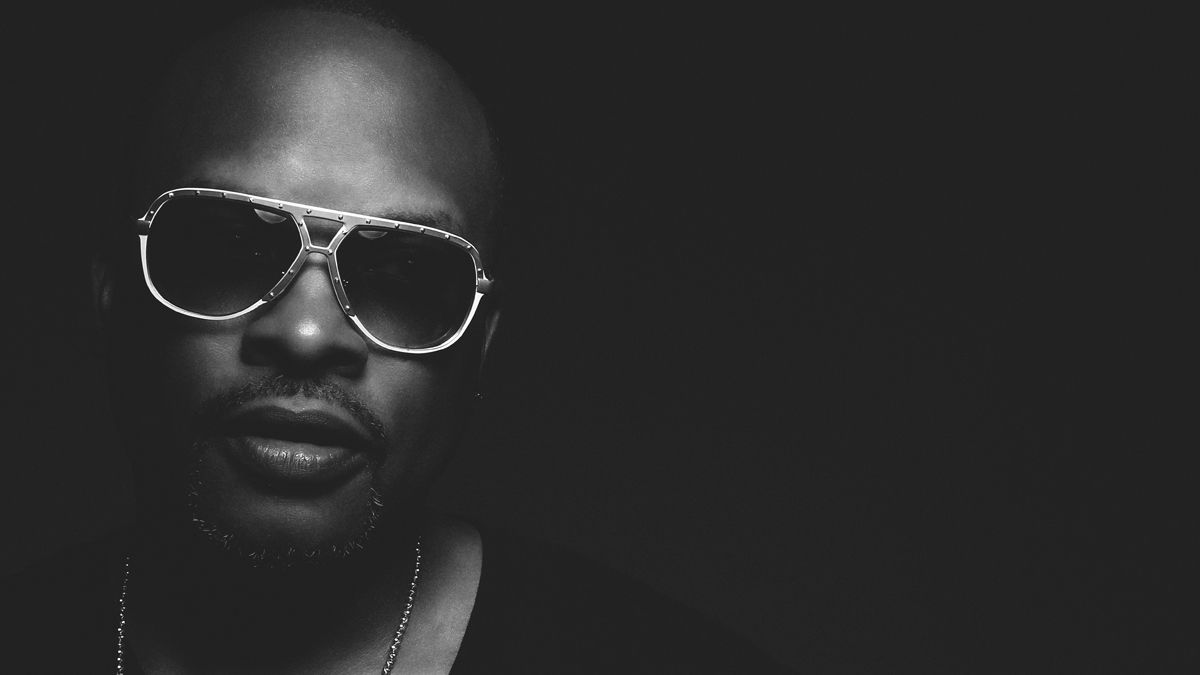 Many doomsayers were quick to chime in online and say this type of “cheating” was a further nail-in-the-coffin to the traditional hard-earned DJ skills that are the vital backbone of the culture.

Jeff, who is the last DJ you ever want call out over his unquestionable technical abilities, is here to cut through the crap, and defend the machine in this new era of “button pushing” DJing that the old guard are so up-in- arms about.

So why not sit back, and let The Fresh Prince’s right hand man scratch the surface on the most controversial topic currently raging around the DJ community’s campfire?

Wait, Jazzy Jeff pimping controllers? We thought you’d be the last guy to be waxing lyrical about jog wheels and buttons…

“People who know me know I’m pretty much a ‘turntable first’ guy. But I’m also someone who is very adamant in pushing the culture forward. Pioneer approached me because they wanted to develop an affordable, entry-level controller, but one that is very powerful.

“They wanted me to add scratches to the Scratch Pad, which are basically a tutorial for people. You can take the sound that you want, put it on the Scratch Pad and it’ll play the sound with the scratch pattern I did.

“It’s for someone to try and emulate that and teach them how to use it. It’s a learning tool in a very, very powerful controller.”

Everybody knows ‘real DJs’ use two decks and a mixer…

“I just can’t see that a 10-year-old kid who has interest in becoming a DJ spending, or his parents spending, $3000, when you have this entry-level controller, which is basically $249 USD to learn on.

“When Pioneer presented it to me I got excited. I knew right then that there was about four of them that I wanted to give away for Christmas! I knew of people with an interest in all this, and that the DDJ would be something that could really help them start.”

The DDJ-SB3 has been catching flack online with people calling it out for being a toy.

“You know what it is? purists. lists. I’m probably the biggest purist of them all, but I also consider myself fairly smart in understanding that technology has to keep on evolving. You get people going, ‘Oh no. You’re putting scratches on pads. This is ruining the DJ culture!’

Do you think that all new tech gets a bit of backlash at the start?

“You always get backlash. I was an early adopter of Serato. I got backlash in the beginning with people going, ‘Oh. You’re just using a computer. Oh my gosh…’

“It wasn’t until you showed people that the only thing that has changed is the way that you carry your music. I have a very famous saying – ‘If you suck before Serato, you suck after it’. It doesn’t make you any better.

“I try and explain that to some people, but you have some purists going, ‘Oh my god. You’re ruining the culture. I prefer vinyl’. I’m like, you know what? I find that very interesting for someone to say that I’m ruining the culture and say that they prefer vinyl, when we’re talking on social media. If that’s the case, write me a letter in pencil and mail it out!”

People like old school. Isn’t all this new wave of button pushing DJing just faking the funk, though?

I don’t criticize the button pushers. At the end of the day have we forgotten what the idea of ​​a DJ is supposed to be?

“Trust me. I understand that, but I’ve never been afraid to be on a bill with one of those guys. Because I know that I can do what you do, but you can’t do what I do.

“Last time I checked what you use had nothing to do with that. I think people are losing sight of what a DJ’s job is actually it. You’re supposed to make people dance and have a good time. It’s not to show them the kind of equipment you use.

“Lists. The person who built my house – I don’t care what kind of equipment they used to build it. As long as they did a good job and I’m happy. That’s it.”

You’ve got to keep the foundation stones of DJ culture alive though, right?

Doesn’t the new Pioneer DDJ-SB do all the heavy lifting for you?

“Trust me. Pioneer came to me very delicately, because they know how I feel. This isn’t something that you have that will just do the scratch for you, you know?

“If you see the advertisement you’ll see the Pad Scratch on the one side, and there is someone else emulating it on the other side. And that’s what you want. Otherwise how else you gonna have a young kid learn to DJ?

“How else do you expect them to get that love for scratching and the rest of it, and push the culture forward? How else? Or are we so much of a purist that we want it all to die with us?

“It’s always about the next generation. If the generation before us didn’t care about us, I wouldn’t be here.”

“The Pioneer DJ PLX-1000 are my favorite choice. The Technics have always been the standard, but they’ve been pretty hit and miss with the whole, ‘We’re not making turntables anymore. Wait, we are making turntables now…’

“I was just happy that Pioneer came out with a very good replacement that is just around. If you want them, you can just go and get them.”

And your mixer of choice?

“I still use a Pioneer DJM-S9. I love that. I recently got the new Rane Seventy-Two, which I think is really good.

What about forward thinking turntables like the Rane Twelve?

“I did some beta testing with them and there are amazing. They eliminate so many of the issues that people with turntables have had for years, with vibrations and the needles possibly jumping.”

The biggest news around the DJ water cooler has to be the new phase technology. Is this the end of DVS?

“I was completely blown away with that technology. It really seems that we are moving towards this world where we don’t necessarily have to worry about needles. And that goes back to me being the ultimate purist.

“But what I regard more than me being a purist is me putting on a great show. The potential of my needle jumping, or the bass being too heavy and it vibrating, kinda makes a bad performance – That troubles me.

“I’m not the kind of person to switch to a CDJ. Not because what someone else might say, but more so because of my comfort levels. I’m just excited because we have products that are coming now that give me options. It really gives me options.

“The more and more I mess around on those Rane Twelves and the Phase, the more comfortable I am that I almost completely forget what I’m on, and it just becomes about your performance. It will get to a point where I don’t know if I’ll wanna go back.”

For more information on Pioneer DJ’s DDJ-SB3 controller let Jazzy Jeff take you through some of its heavyweight spec in this handy promo video: