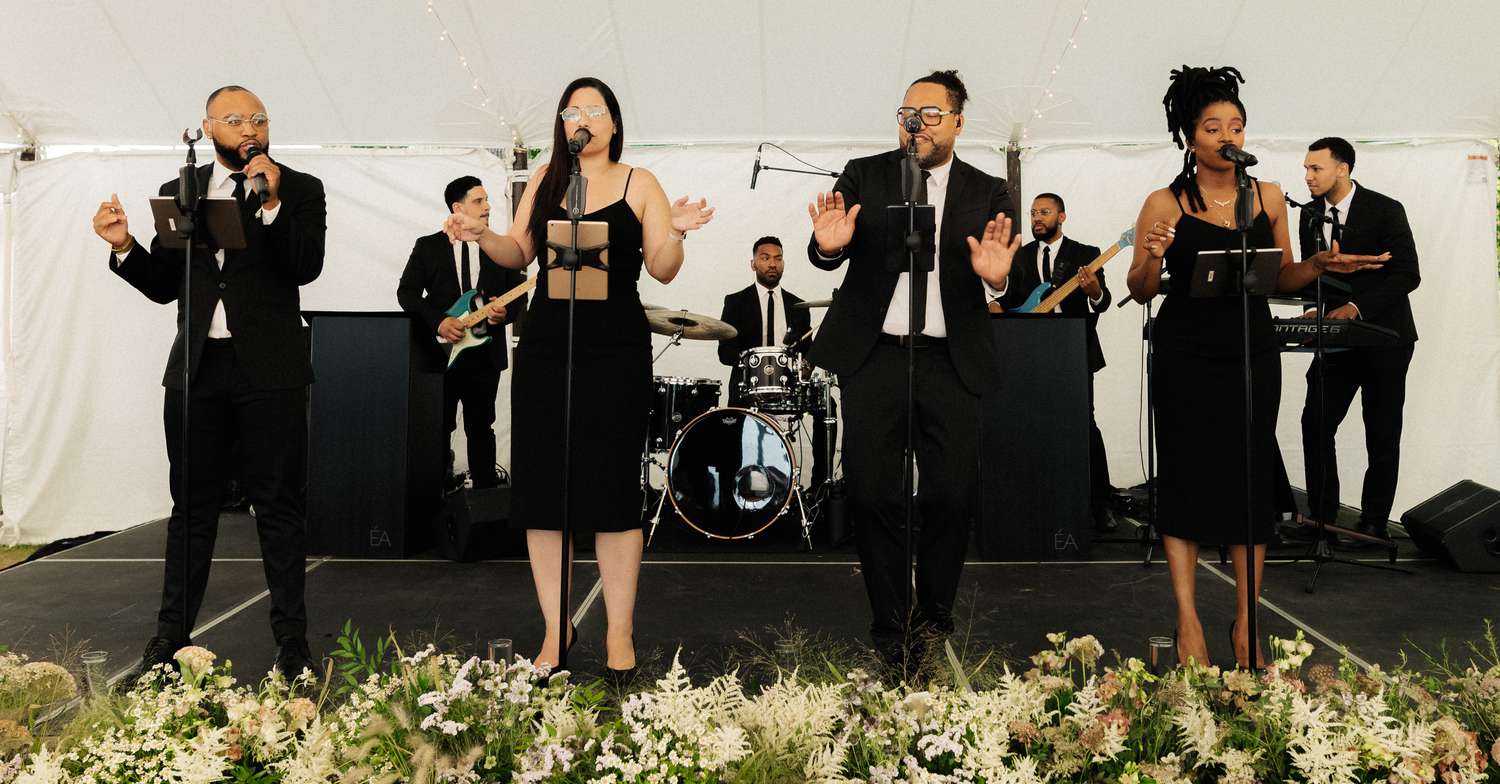 Live music takes a wedding celebration from simply beautiful to spectacular. It can capture the crowd’s emotions from the first notes played at the ceremony and fill a reception room with energy. “Music played live is warmer and more personal than a recording,” says musician John Ross. “It’s a great option for couples considering music for their wedding ceremony and reception.”

John Ross is the owner of John Ross Music and Production based in Portland, OR. Since 2008, his award-winning company has pioneered a simplified approach to wedding music by offering packages that include a combination of live music and DJ service at an affordable price.

Cost of a wedding band

The average starting price for a reception band performing for three hours after dinner, including sound gear and light production, is $4,000 plus a 10% tip. Pricing varies widely based on four main factors:

Ask for a band’s “rider” before booking to avoid the surprise of hidden costs. The rider usually covers things like dressing rooms, meals, travel and lodging charges, and any other accommodation for the band.

While there are certainly advantages to each, the differences between hiring a live band and a DJ are distinct, the main one being cost. DJs are generally more affordable than live bands, costing an average of $1,000 based on similar factors as the ones listed above. A live band generally consists of no less than six performers while a DJ operates solo.

A live band is all about energy, with their ability to move around the stage and interact with the crowd. “When we ask our couples what is most important to them regarding their reception music, the answer is almost always the same,” says Ross. “They want their guests to let loose, dance, have fun, and enjoy the party. Live music, done well, can achieve these goals with energy and emotion in ways recorded music never will.”

DJs have flexibility, adaptability, and are not bound to a limited list of songs they know. At a moment’s notice, they can play a song based on the instinct that it might be right for the moment. They can span a wide range of musical decades and generations, reproducing the same song, every time. They also don’t need to take breaks between songs and can help create a more seamless dance experience by creatively blending one song into the next.

If you want music that is warm and energetic but also flexible and adaptable to the moment, hire both a live band and a DJ by looking for a specialized company that can supply both.

Tips for Hiring a Wedding Band

Now, a few handy tips to keep in mind while searching for and working with your wedding band.

Packages can help you save money.

The most popular package John Ross offers includes a solo musician or a guitar and violin duo for the ceremony, a duo or trio for cocktail hour, and then a full band for the first hour of dancing. After that, it transitions to DJ service for the remainder of the night. This costs between $3,000 and $4,000, which is much more affordable than hiring different performers for each stage of the night.

Hire a musician who is also a DJ.

A lot of couples want to have live music, but the cost doesn’t align with their budget. The solution is finding a company that has a solo musician performing live for the ceremony, cocktail hour, and special dances while serving as the DJ/MC for the rest of the evening.

The earlier you book, the more options you will have. On high-demand dates like Saturdays in the summer, the best bands/musicians/DJs are fully booked months (even up to a year) in advance.

Be involved in selecting the music.

Many companies let couples select every song down to the minute and second cue points. Some couples like to leave it up to the pros by providing genres and artists they like, and then they pick out specific songs for moments like the processional or the first dance. Allow your personalities and style to shine through in your song selections, but once you open the dance floor, it’s not the time to showcase rare music or genres that aren’t easy to dance to. Trust your band leader to read your crowd and get everyone on the dance floor.