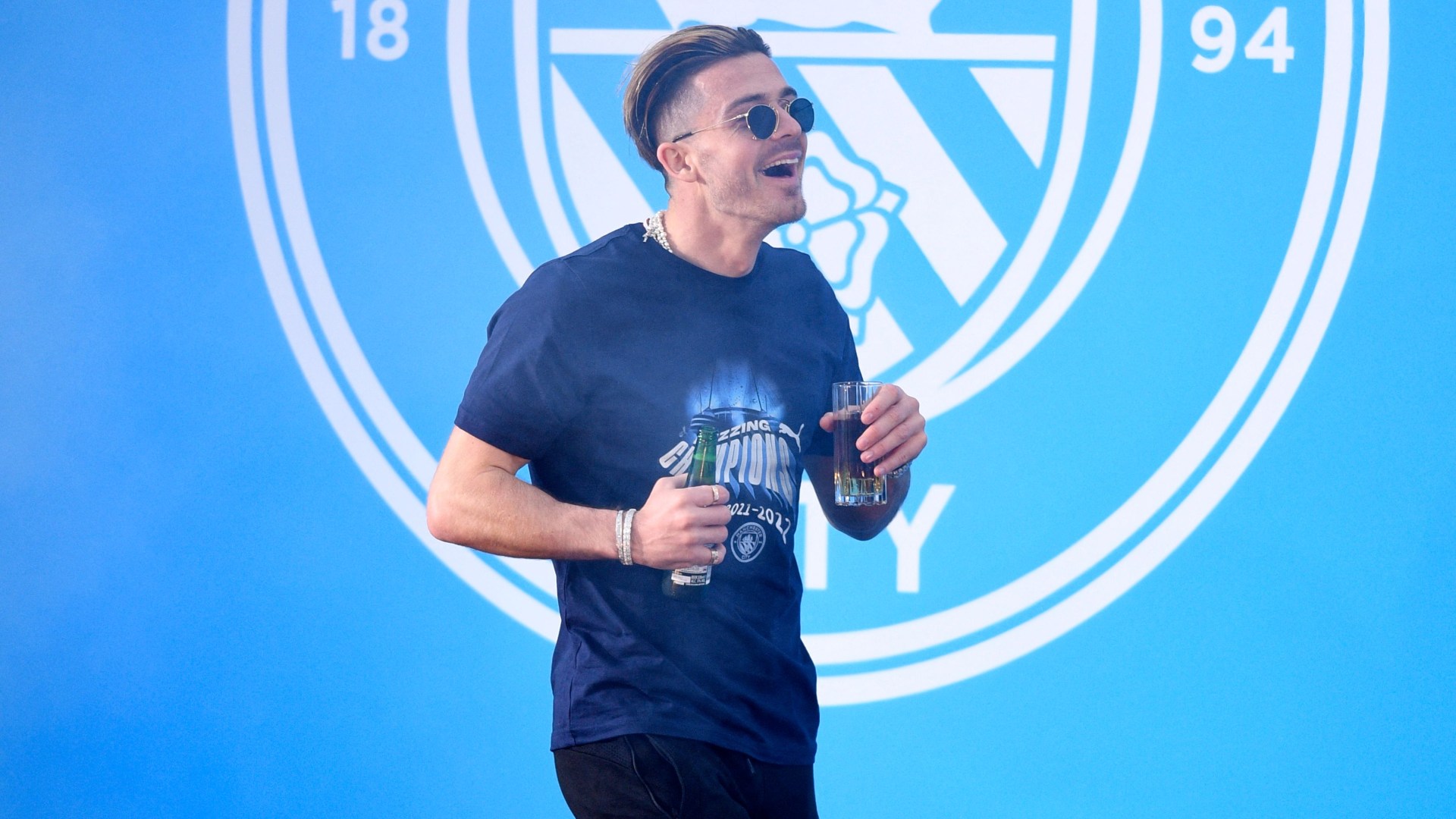 Jack Grealish has taken up some new hobbies outside of football, with the Manchester City forward revealing he’s learning how to DJ as well as a new language.

The 27-year-old joined City in the summer of 2021 for a Premier League record fee of £100million, winning the title in his first season at the club – and enjoying the party celebrations.

He’s struggled to emulate the same form he showed at Aston Villa but there are recent signs that suggest he’s getting to grips with how to play under Pep Guardiola.

And Grealish is also trying to master a few things outside of the game too.

It seems the DJing is coming along a bit better but Grealish doesn’t even know what his DJ name would be.

Ahead of Manchester City’s Champions League clash against FC Copenhagen, Grealish told BT Sport: “I like every type of music, I’m actually learning to DJ at the moment.

“DJ Grealo… I don’t know what the name would be. I’m awful but it takes time, doesn’t it?

“I’m trying to learn Spanish as well. I want to try and learn some stuff outside of football, have a hobby and stuff.

Even Marsch’s wife was confused by Anfield celebration, as Leeds boss jokes with fans

Grealish is looking to broaden his horizons outside of football

“I watch a few things on TV but, when I think about it, I don’t actually do a lot of stuff outside of football, so I want to learn to do some stuff.

“People say with DJing once you get the hang of it it’s something you really enjoy.

At least the music will be sorted if Grealish has that night out with Graeme Souness (and Paul Pogba).

OFFER OF THE DAY