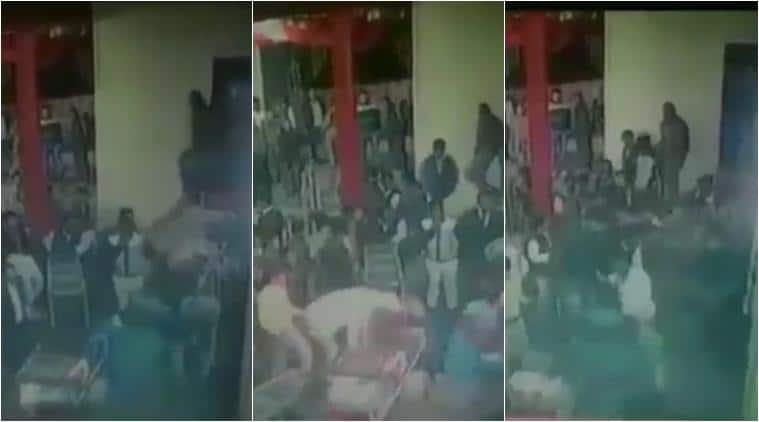 This why you should let the music play! (Source: ANI/ Twitter)

Indian weddings are a grand affair, with dozens of rituals and ceremonies. Amid all the fanfare, music and dance doubles up the fun, and these days not just grooms, but even brides make grand dancing entries. But, have you ever wondered what would happen if the music stopped playing? Well, certainly it would dampen the spirits, but what this family did in Agra has left many shocked. When the disc jockey allegedly refused to play music, the family thrashed him right then and there. Can’t believe it? Well, it’s sadly true.

In a CCTV footage released by news agency ANI, guests can be seen turning violent, and beating the DJ and his associates. According to the report, the incident took place on Tuesday (February 20) at Bandhan Marriage Home in Agra when he stopped playing the music after 10pm.

#WATCH Disc Jockey (DJ), along with his supporters, thrashed at a wedding at Bandhan Marriage Home in Agra allegedly because he refused to play music after 10 pm (02/20/18) pic.twitter.com/Zv6GKI6pxM