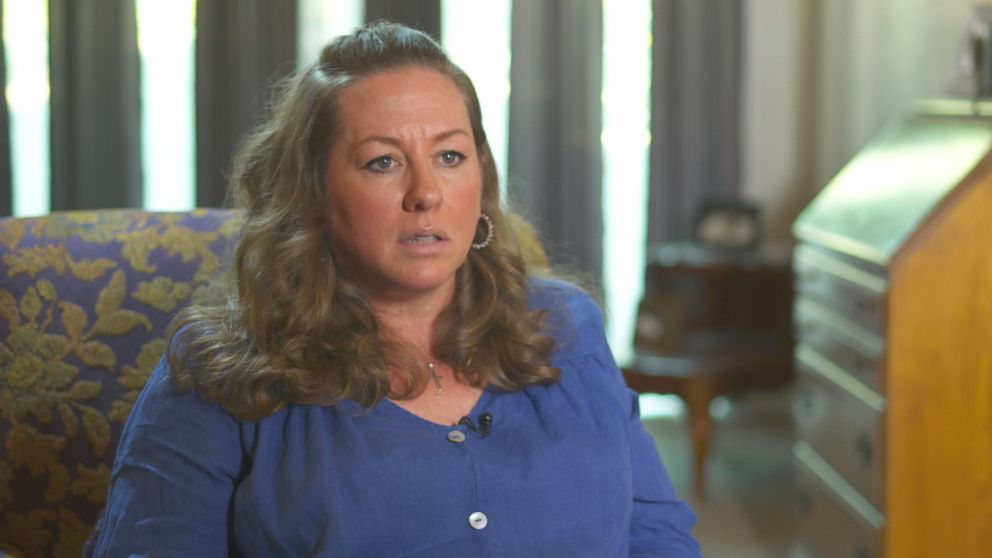 Emily Noble, a healthcare analyst living in Albuquerque, New Mexico, spoke with “20/20” about her emotional reaction to learning that an ex-boyfriend was arrested for a brutal murder that haunted a small Pennsylvania town for 25 years.

“I was absolutely paralyzed for a couple of days with fear over, ‘How did I survive that relationship?’ ‘How did I roll by unscathed?’” she said.

In 1996, then 25-year-old Emily Noble was working as a cocktail waitress at the popular Lancaster, Pennsylvania, nightclub and bar, the Chameleon Club.

“We were very much a family at the Chameleon Club,” Noble recounted. “Everyone had grown up in Lancaster. We all enjoyed working together.”

Emily Noble is seen here in this undated photo.

The lounge was known for great music and had a house DJ, Raymond Rowe, who regularly spun records. Rowe was widely known across the tight-knit community and was a sought after DJ for weddings and events in the area.

“He was very friendly, accommodating,” Noble said of Rowe. “He loved talking to people about music, because that was his passion.”

Rowe’s good looks, inviting demeanor and love of music made him quite attractive in Noble’s eyes. And it wasn’t too long before the popular DJ took notice of the petite green-eyed, blonde cocktail waitress.

Despite being on his second marriage, the two started secretly dating.

“In the beginning he made me feel really good about myself,” Noble recalled. “It was nice to have attention from him and he was very generous with his affection, too.”

The couple enjoyed bonding over music and trips to the beach. Two months into the affair, the relationship was getting serious and Noble says she gave Rowe an ultimatum: either admit to his wife that he was being unfaithful or their relationship was over.

Raymond Charles Rowe, 49, is pictured in an undated booking photo released by the Lancaster County Prison.

Noble says Rowe told his wife about the affair and the two soon separated. While Noble was looking forward to growing closer with her new romantic partner, the opposite seemed to happen. Shortly after Rowe and his wife separated, Noble says his relationship with her also drastically changed.

“It became less about getting to know one another and having fun,” she said. “It was more about the divorce than our relationship.”

Noble says Rowe told his wife about the affair and the two soon separated. While Noble was looking forward to growing closer with her new romantic partner, the opposite seemed to happen. Shortly after Rowe and his wife separated, Noble says his relationship with her also drastically changed.

“It was a red flag when we started dating that he had been married twice,” she said. “As every 25-year-old does, I made some poor decisions, it’s not something I’m remotely proud of.”

Looking back, Noble said that Rowe was emotionally abusive, controlling and possessive. Things were “his way or the highway,” she said.

Noble also said that Rowe played on her insecurities by whispering things like, “You’re worthless, you’re no good.”

The longer the two stayed together, she said, the more frequent the insults, put-downs, and controlling behavior became. Noble admits that one of the reasons she was drawn to the DJ was because of his self-confidence and strong personality.

“I never feared for my life when I was with Ray,” she said. “But he was very scary and intimidating.”

A year into the relationship, Rowe was given an opportunity to DJ at a club in Chile for three months. Always career-driven, Rowe jumped at the offer. Rowe and Noble decided to stay together during this assignment, but the long-distance relationship began to fizzle, and the couple only spoke once a week on the phone.

“When he left, I think it was the much-needed break I needed to get some clarity about whether I wanted to continue this,” Noble said.

When Rowe returned to the states, he and Noble decided to break up and go their separate ways. Shortly after, Noble decided to pursue a life and career in New Mexico, and lost all contact with her ex-boyfriend. She has not seen or heard from Rowe since 1997.

This past July, Noble was on her way to a job interview when she received a call from an old colleague at the Chameleon Club.

Her friend told her an arrest had been made in the decades-old, unsolved murder of popular and bubbly elementary school teacher, Christy Mirack. The suspect in custody, her friend continued, was Raymond Rowe.

Noble’s immediate response was, “I’m shocked,” she said. “Really shocked. But not surprised.”

Noble says her first instinct was to call the Lancaster District Attorney’s office to offer details of what she says was an emotionally abusive relationship with Rowe.

Rowe was charged with criminal homicide and sexual assault. He is expected to go to trial in May 2019. His attorney did not immediately return “20/20’s” requests for comment.

Noble is still coming to grips with all that has unfolded in the last few months. She said she was nauseous and disgusted for days after the arrest, and broke down when she saw photos of Mirack.

“I looked like her,” Noble said. “My hair was the same color. The similarities between the two of us are there.”

Emily Noble is seen here in this undated photo.

Noble realizes that this case is now in the hands of law enforcement, the courts and a jury. But what she is most focused on is hoping the family of Christy Mirack will finally get the closure they have been looking for after all these years.