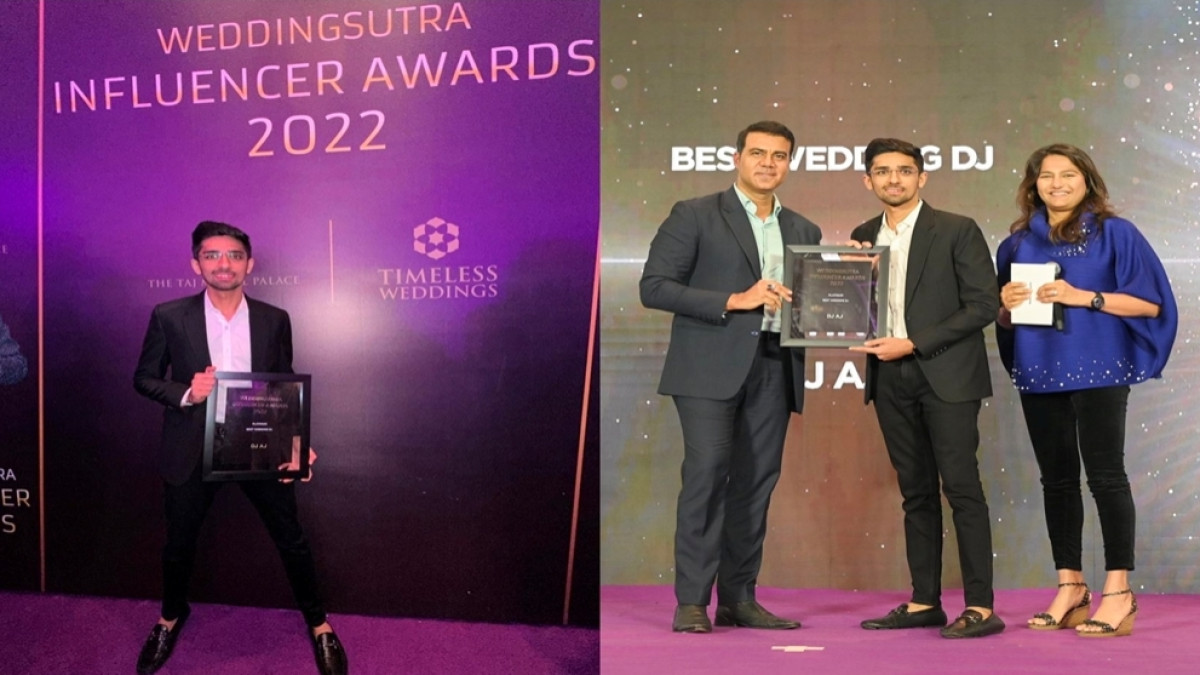 A wedding is not just a traditional ceremony; it’s a spree filled with zestful vibes and the aroma of resplendence. To revere ingenious professionals who are making weddings an extravagant romp, WeddingSutra hosted their annual award ceremony, the WeddingSutra Influencer Awards 2022. Several artists were seen winning big, and one of those illustrious names was DJ AJ (Arjun Shah)!

At the award ceremony held at the Taj Mahal Palace, Mumbai on September 21st, DJ AJ bagged Platinum for The Best Wedding DJ 2022. He has won this title four times in a row. That’s terrible, isn’t it? This phenomenal artist is cherished for raising the bar and making weddings extra memorable. Every wedding that he has graced with his music proves his worthiness for this award.

On winning this award, DJ AJ couldn’t stop gushing about it. He said, “It feels overwhelming and I certainly cannot assert the contentment of taking this award home for the fourth time. This award is a motivation for me to strive harder than what I am doing now. I can’t thank enough the people who have showered their unwavering support on me and my clients, who have shown immense trust in me.”

From his perky persona to the right playlist and unparalleled spinning skills, DJ AJ is called “the best” for a reason. His clientele includes the names of celebrities, influencers, and dignitaries from around the world. AJ has covered the spotlight for spinning music at events of renowned cricketers, biggest celebrities and multimillionaire businessmen.

Starting his career at the age of 15, he is known for his versatility. This man has played at high-octane clubs and elite events in Mumbai. DJ AJ picks up on the emotions of people and plays the music accordingly, keeping them on their toes with bangers they’ve never heard before. We hope that he keeps doing the same!