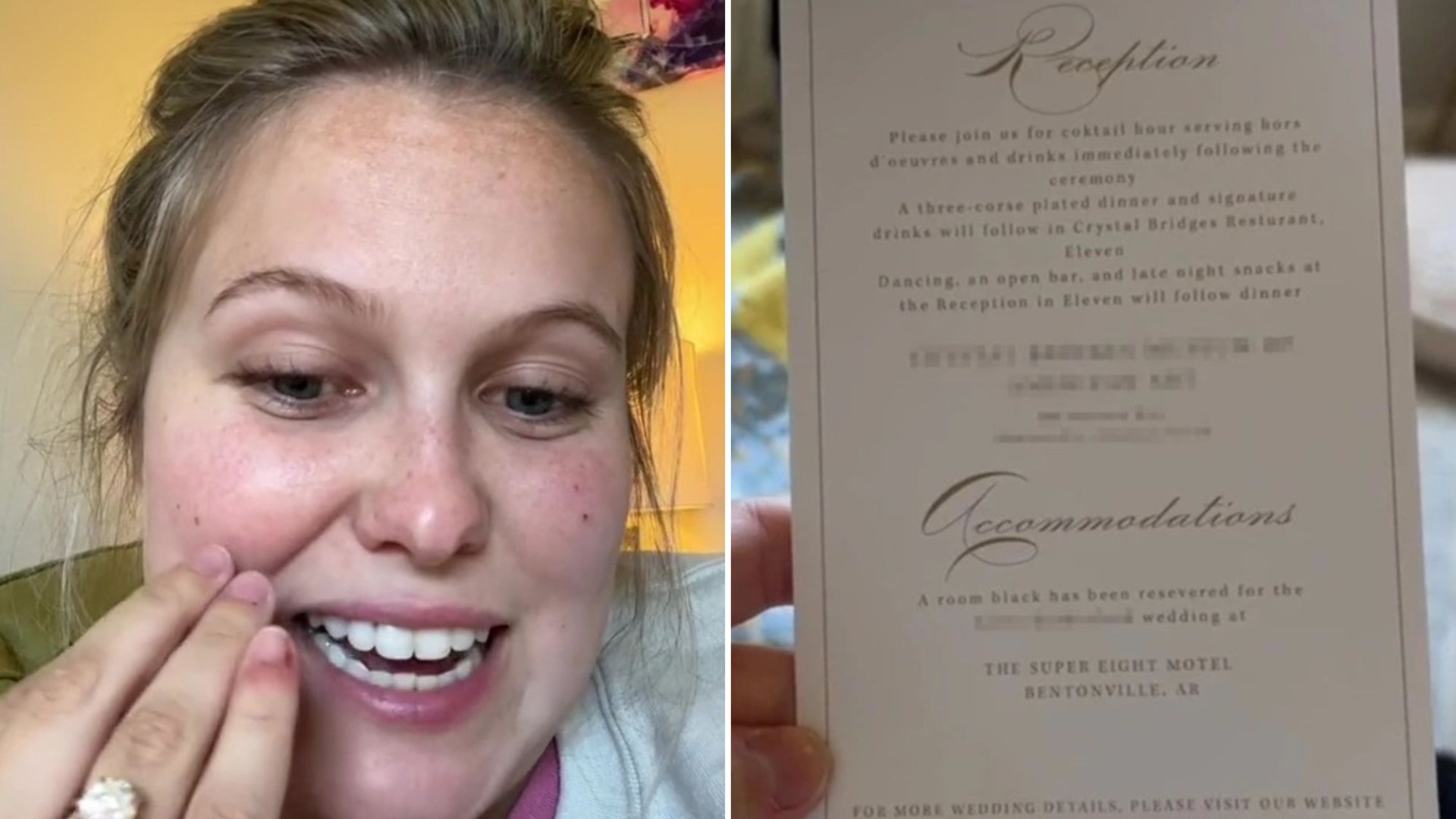 WE’VE all made the error of sending something to print with placeholder text in, but one woman’s mistake really takes the cake.

Posting to TikTok bride-to-be who goes by @squidward.tentacles on the video sharing app, shared the hilarious mistake she made when ordering her wedding invitation samples.

The TikToker has revealed the hilarious mistake they made with their wedding invitationsCredit: Tiktok

She had left a rather strange placeholder text where he wedding website was supposed to goCredit: Tiktok

“This is a really cute RSVP card but I forgot I put this website in as a fun placeholder until we got ours”, says the blushing bride.”

The TikToker then reveals that she’s made a second mistake with the detail cards, which also have the wrong link printed on.

“I forgot I put the Super Eight motel as a placeholder as well till we figured out what hotel we’re going to block off,” she says.

Super Eight motels are the world’s largest budget hotel chain, and are perhaps not quite where someone would expect to stay for a wedding.

“If you’re a guest then I promise we didn’t block rooms off at the Super Eight motel, and if you’re my mum, I’m sorry I will fix it,” the bride-to-be says.

She adds that while she finds the situation quite funny she doesn’t think either her family or her fiance’s family would.

And in the comment section she clarifies that these hilarious invites will not go out to her guests.

“It’s just a sample (I just wanted to feel the paper)!!!! Do not worry!! I’m still dumb though and will get people to proofread the real thing,” she adds.

Commenters on TikTok found the whole situation quite amusing, with one writing: “I didn’t realize that I was invited to your wedding since I go to your website daily.”

“I think this is hilarious! I checked my invites 1000 times before I finalized because I did the same thing!” added another.

While a third wrote: “Bestie I’m crying pls frame this and display it at the wedding I’m begging.”

Others pointed out that this was potentially a blessing in disguise, as there were so many types on the invites that were discovered by TikTok viewers.

The TikToker says that while she finds it funny, doesn’t think her family willCredit: Tiktok