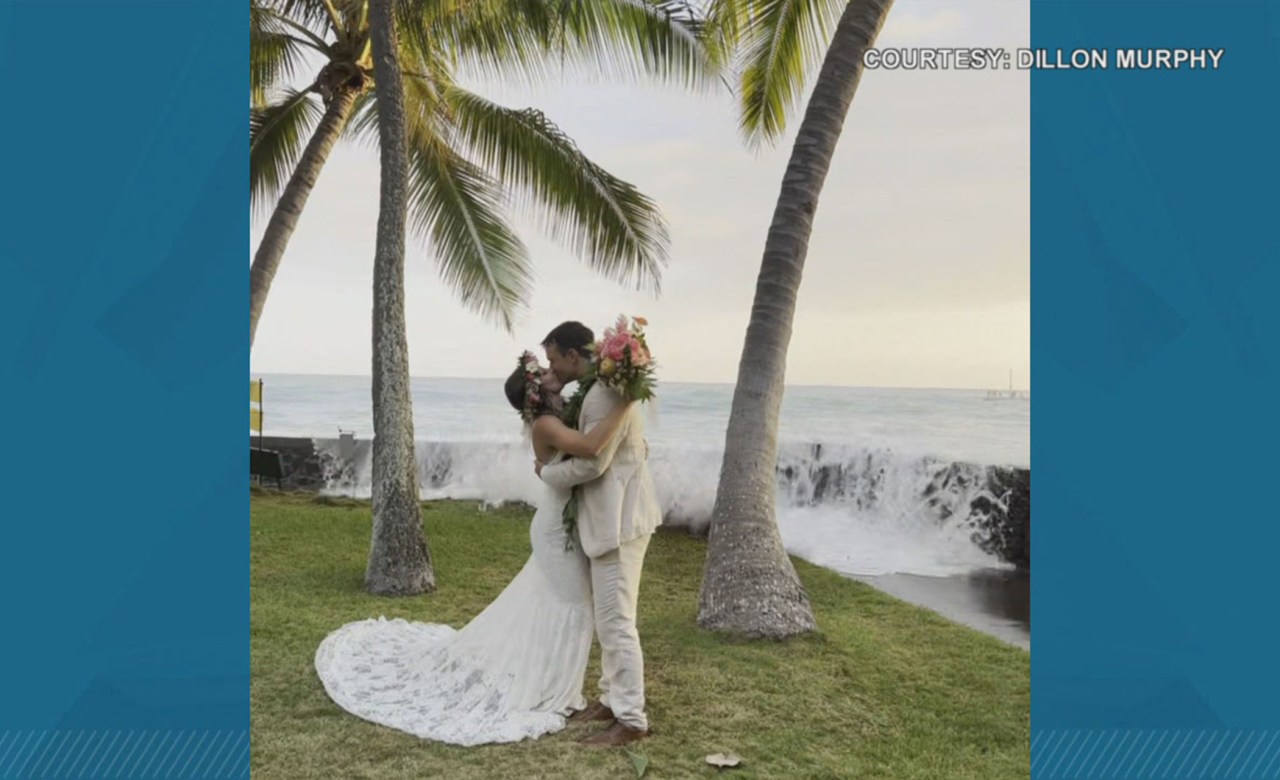 KAILUA-KONA, Hawaii (KHON) — It was a wedding that Dillon and Riley Murphy will remember forever.

The Hawaii Island couple said they were initially concerned that Tropical Storm Darby would rain on their big day at Hulihe’e Palace in Kailua-Kona over the weekend. Darby fizzled out, but then the waves came crashing.

“And we were kind of right at the moment where we were going to start moving a couple things and, yeah, this big wall basically just showed up,” Dillon said. “And luckily there was no food in any of the containers, the cake luckily made it.”

The Murphys told KHON that everyone at the reception was also safe as well. Riley said seeing unity in the face of hardship taught her a life lesson after the water rushed in.

Download the FOX4 News app on iPhone and Android

“And just the analogy of, you know, life and storms hit. And it’s just, it’s so important to come together and to have all of our family and our loved ones there and it just made it very special,” Riley said.

After a little cleanup and drying off, it was not the wedding the Murphys had dreamed of—they said it was even better.

“But we did end up getting some good pictures with like waves splashing up and the ceremony was beautiful,” Dillon said.

“We didn’t have our dance floor, but nobody seemed to mind, at the end of the night we were all like dancing in the mud and it was amazing,” Riley said.

“The show still went on and it was, it was a really, really fun night,” Riley said.