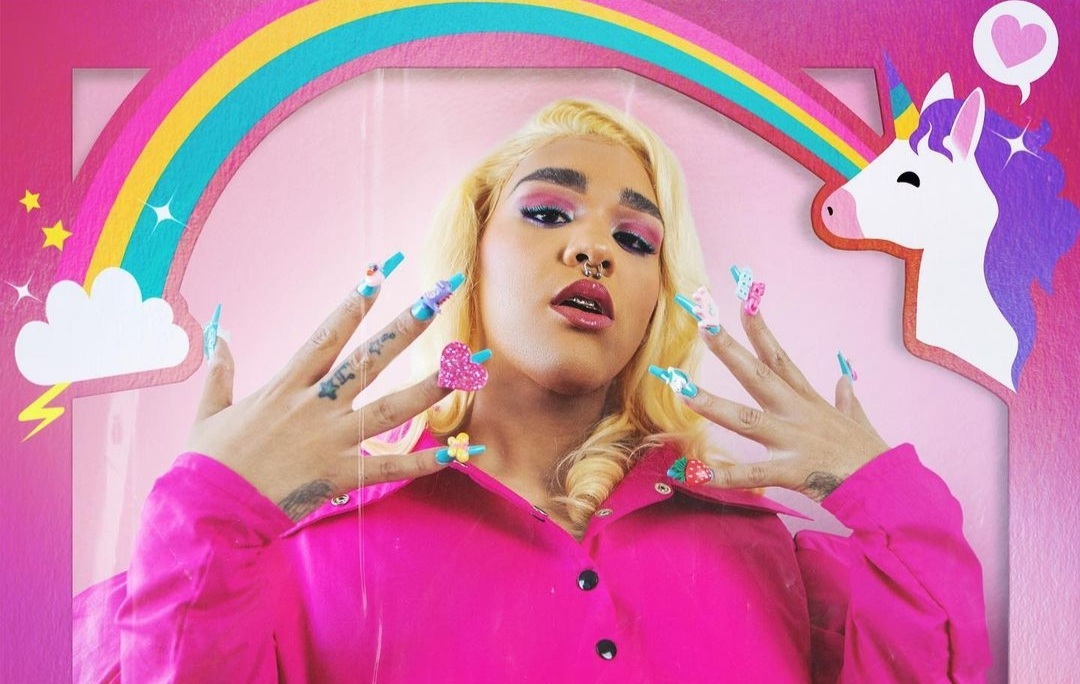 Baltimore rapper and DJ Kotic Couture’s album “Late to the Party” came out in June, serving a mix of heart-melting songs and dance-worthy tracks that fuse heat and humor. Image courtesy of Kotic Couture.

On a muggy Friday evening amid the distant fragments of passing conversations and blaring speaker phones emitting from the occasional SUV, Baltimore rapper Kotic Couture clicks her jeweled neon-orange and pink nails as she unravels a bit of her past. We take refuge on a shaded stone bench in front of the Baltimore Museum of Art, where Kotic recently MC’d and has a music video on display.

Kotic Couture is no stranger to a club scene which has garnered the attention of Drake, Beyonce, MIA, DIPLO, and Netflix, where you can watch “Dark City: Beneath The Beat,” a documentary directed by Baltimore’s TT The Artist which references Kotic . She emits that energy of one who stands in the wings on the precipice of wider recognition for her fervent earworms and kinetic live performances.

On her freshly released album “Late To The Party,” which came out in June, listeners get a lot of heart amid wistful piano loops, marimba hits, and vocals shifting from distortion to up close and heart-melting. This is especially true on “Shadow,” a song about her late father whom she lost in 2019. The song hits a heavy emotional peak pulling the heartstrings with lines like “I hope my words reach the heavens for you to dance to. I had to say goodbye before I was prepared to look up and I see the stars shining, and I whisper all my secrets to the wind.”

As folks stroll along Art Museum Drive, passing the museum’s neo-Roman pillars, she recalls that tumultuous time: “I put out my EP ‘Diary of a Dreamer’ in May 2019 and literally two weeks later my dad passed away.”

Kotic, a trans woman, recalls the funeral where she had to give constant elevator speeches about her gender identity to relatives she hadn’t seen in years.

“It was confusing to a lot of the relatives as to whose child is this? I tried to explain to family members in 30 seconds that I hadn’t seen me in decades who I was on top of processing the loss of my father. That was really crazy and I think it’s why it took me so long to get this new album out.”

Her latest album, “Late To The Party,” contains some less emotionally charged jams like “The Makings,” a track that’s one part goth, two parts grit, with futuristic sirens blooping to spartan clicks, and thick gelatin bass. These songs bring the heat and a sense of humor to boot with lines like: “My circle’s full of stars and we lit like a witching spell.”

As for the album’s title, Kotic explains “’Late to The Party’ is a concept album about where I started and where I am. In the beginning of the record you hear quick repetitive hooks because I started rapping in the mix tape era where you rapped over other people’s beats and the production was stripped because of groups like The Neptunes, Just Blaze, and Rodney Jerkins. Those were the people running the scene at that time so you hear that sound and you hear my dance influence with jams like ‘Undercover.’”

Kotic synthesizes her influences into a singular sound. Like those artists who sparked her passion she brings something fresh to the conversation. In what feels like a dreamy grimed-up “part-time lover,” “Late To The Party”’s tropically infused fifth track “Undacover” opens with smooth rapidfire vocals underpinned by melancholy marimbas switching up to a hypnotically elongated chorus confiding: “ I don’t need no permanent, just want a part-time lover, and you can fill that position, don’t need no others.”

As we chatted over traffic, Kotic talked of her early days in the small Eastern Shore town of Worton, Maryland, and what it was like being the youngest kid with three older brothers. She reels back to those times with a slight chuckle. “I loved Barbie as a kid and my brothers would give me the typical sibling bs,” she says, pausing for a bit, “but I still felt protected by them.”

Having recently taken a dive into the mire of gender identity and all its complexities myself, I found it cathartic to commiserate with the self-avowed Queen of the Underground on her own journey, marked with the notable difference of being from a racially diverse house in a rural majority white conservative town.

“When I was a kid, I would play in my mom’s makeup,” she laughs. “And my mom is a very pale white lady, so as you can imagine it looked crazy. It was very bright geisha vibes ’cause I was learning with someone else’s stuff.”

In grade school, Baltimore rapper and DJ Kotic Couture floated between cliques, never fully feeling like they belonged to one particular group. Now, she’s made a name for herself by standing out and not letting anyone derail her vision. Kotic Couture’s album “Late to the Party” came out in June. Photo courtesy of Kotic Couture.

Of all things, it was the seemingly harmless genre of pop-punk that proved to be an emboldening factor for someone looking to make the transition from mom’s bathroom to the classroom.

“I got lucky because when I was coming up, Good Charlotte, Simple Plan, and Fall Out Boy were super popular, so I’d wear black eyeshadow to school and I’d get sent to the principal’s office every time,” Kotic says . “They’d make me wash it off then they would call in my mom. The principal thought I was worshiping the devil and listening to pop-punk. It was a small conservative town and people didn’t know how to handle me; kids just weren’t like me.”

Kotic did not plan roots firmly with one specific crew of kids; she instead shifted back and forth through intersections of jocks, nerds, and musicians, though she never felt fully embraced like her peers. A consistent state of flux gave her emotional distance so as not to face the full weight of alienation.

“I was the basketball, softball, and volleyball manager and vice president of the drama club,” she says. “I was involved with the radio station and hosted all the assemblies. I was the popular kid who wasn’t popular. I was literally everywhere. All the girls liked me so when the cool guys were trying to get with the cool girls they were nice to you and they’d tolerate you.”

As the late day sun projects streams of burnt sienna and amber onto the museum’s parthenon-like steps, the timbre of Kotic’s tone shifts to one of realization. She smiles. “My friend Keisha moved into town my tenth grade year and she literally changed my whole outlook. I call her my sister. She said early on ‘Don’t let anybody stop you from doing what you wanna do.’”

Kotic’s eyes widen. “Once you have one person who truly supports you, it changes everything…. After that, when people tried to make fun of me and realized it didn’t even phase me, it was like this is old, then I just kind of did what I wanted.”

In 2011, broadcasting school brought Kotic to Baltimore where she’d frequent Super Third Saturdays at the legendary Paradox, a quintessential hub for some of Baltimore’s biggest DJs like K Swift and Scottie B among many others. In a short time, she traversed from audience member to center stage where she found a community of artists that had that kind of immediate family vibe she had not yet experienced with other groups. Though in 2016 Paradox closed for good.

“When Paradox shut down I was looking for a new place to perform,” she says. “ And I knew DDM and TT The Artist, who I started working with on shows, and I hit the ground running.”

Since then, she’s pounded the pavement playing everywhere from artsy warehouse parties, to New York City rooftops, and even the Millennium Stage at The Kennedy Center, with the occasional wedding thrown in for good measure. I personally attended a wedding where she deejayed and I’ll have to say her set made every other wedding DJ from that point on in my life feel like someone’s drunk uncle with an iPod Touch.

I asked her what she does when the inevitable request for a Maroon 5 song gets shouted into her ear? Shaking her head and rolling her eyes, she says “I hate requests ’cause when you’re playing dance music you get in a vibe. This has math involved with how you blend everything,” she laughs. “I just say yes, then I don’t play it.”

As we wrap up the interview and I begin packing up my pen and pad, Kotic giggles at an epiphany.

Though, in her words, she may be late to the party, Kotic has demonstrated she can command attention and be the center of the celebration. And for Baltimore’s badass good witch of the netherworlds, that party appears to be only beginning.

Kotic Couture’s new record “Late To The Party” is available on most music listening platforms. 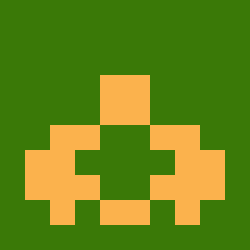