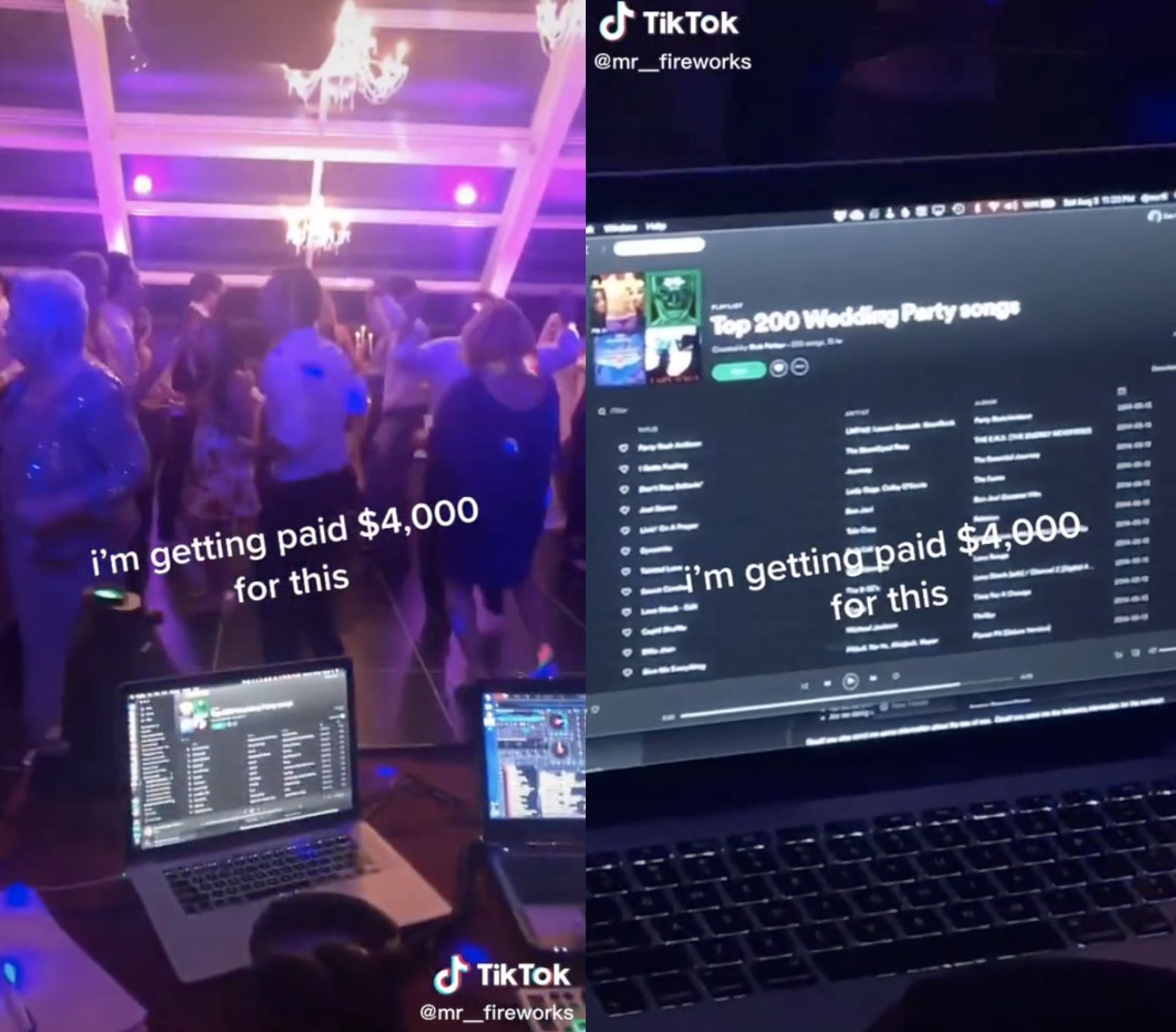 A wedding DJ is bragging about how he tricked a client into paying for a premade Spotify playlist.

It’s no secret that modern DJs are cast in a spurious light. After all, most of them aren’t using turntables anymore — so what are they doing? When you’re at a club or concert and the DJ is dropping beats, you can’t help but wonder: Are they just hitting “play” on an MP3? Thanks to technological advancements, it’s likely they’re just using less flashy devices to do live mixing.

However, that might not always be the case. According to @mr__fireworks, some of your suspicions might be accurate. He wrote in the caption, “White weddings be like,” and claimed in the video text, “I’m getting paid $4,000 for this.”

He showed a group of people dancing wholesomely to a remix of The Weeknd’s “Bright Lights.” Then he zoomed into the laptop in front of it; the song was from a “Top 200 Wedding Songs” Spotify playlist.

“Finally a DJ admits that they just running a playlist,” someone wrote.

“That’s why I would never hire a DJ. Just make your own playlist people,” another said.

“We absolutely know the DJ is just running a Spotify most of the time, but really we just want someone who will read the room and keep the vibe going,” one person commented.

Some people pointed out that the playlist appeared to be paused and questioned the veracity of the claim altogether.

“Notice how the Spotify is on pause,” someone said.

“Music is paused,” another noticed.

More from In The Know:

Here’s why TikTokers are getting ‘Krissed’: ‘It’s an emotional roller coaster’

What is the DALL-E mini AI art generator that’s taking over Twitter?

Listen to the latest episode of our pop culture podcast, We Should Talk: