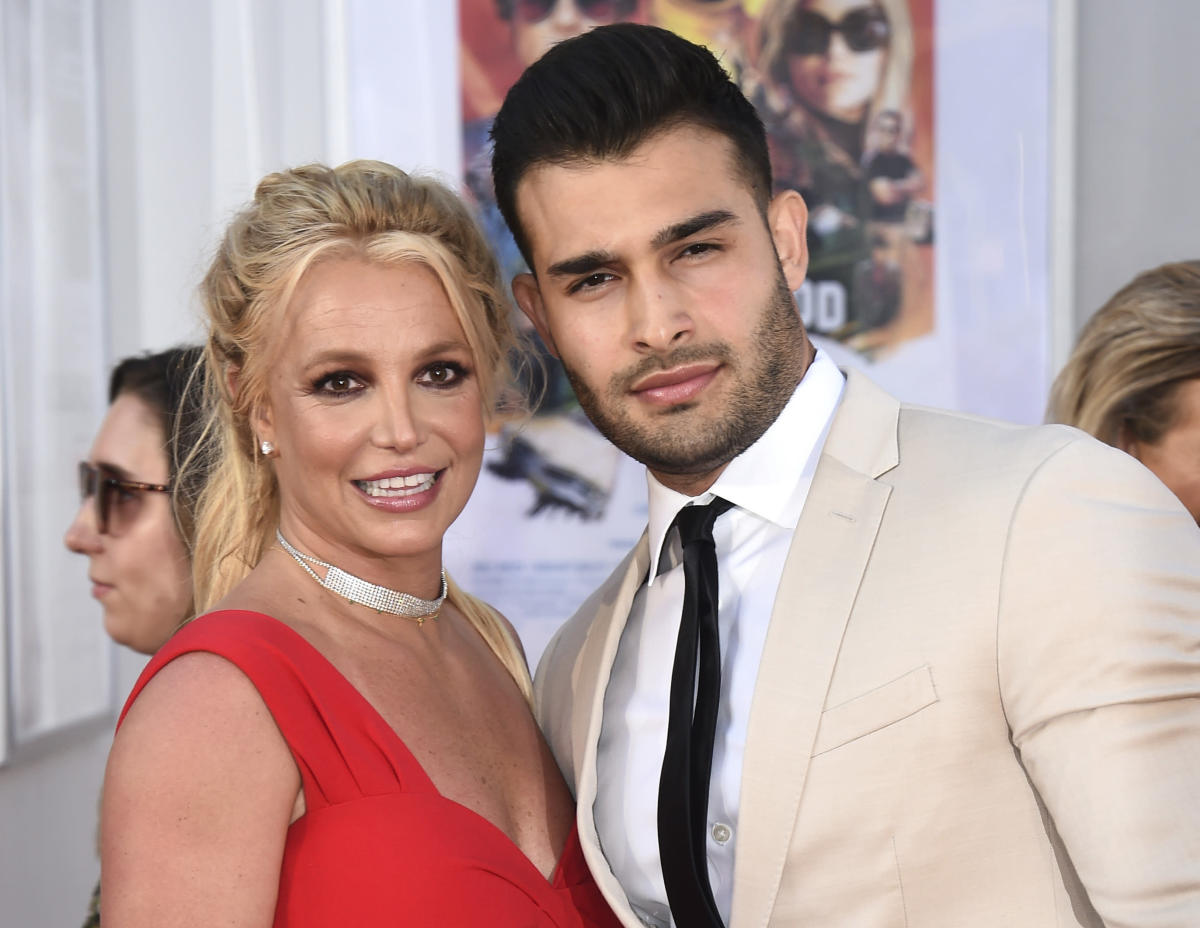 VENTURA, Calif. (AP) — A man once briefly married to Britney Spears who showed up uninvited at the pop star’s wedding to longtime boyfriend Sam Asghari was charged Monday with felony stalking.

Jason Alexander, 40, pleaded not guilty in Ventura County court to the charge, along with misdemeanor counts of trespassing, vandalism and battery.

The three misdemeanor charges stemmed directly from Alexander’s attempt to get into the wedding, which he livestreamed on Instagram. The stalking charge involved repeated incidents over time, Spears attorney Mathew Rosengart said.

“He’s going to — I hope, and I pledged my support — be very vigorously prosecuted,” Rosengart said outside the hearing. “It’s a very serious matter. This was more than just a quote ‘wedding crash.’ This was an intrusion.”

A judge issued a restraining order requiring Alexander, who appeared in court via video conference from jail, to stay at least 100 yards from Spears for three years. The judge set his bail at $100,000 and scheduled a Wednesday hearing on the issue.

An email seeking comment from his public defender Matthew Terry was not immediately returned.

Alexander was Spears’ first husband. The two were married for less than three days in 2004 before an annulment.

Spears, 40, and Asghari, 28, were married Thursday at their home in Thousand Oaks, California, in front of several dozen guests including Selena Gomez, Drew Barrymore, Paris Hilton and Madonna.

Alexander, who was a childhood friend of Spears, was streaming live on Instagram when he approached house. He appeared in a mostly empty but decorated room, telling security Spears had invited him.

Deputies responding to a trespassing call detained him, and he was arrested when they learned he had a warrant for his arrest in another county, the Ventura County Sheriff’s Office said.

She met Asghari in 2016 on the set of the video for her song “Slumber Party.”

“Wow!!! Holy holy crap!!! WE DID IT !!! WE GOT MARRIED!!! Gggggeeeezzzzz !!! It was the most spectacular day !!!” Spears said in the posts along with a picture of her and Asghari from the wedding. “The ceremony was a dream and the party was even better !!!”