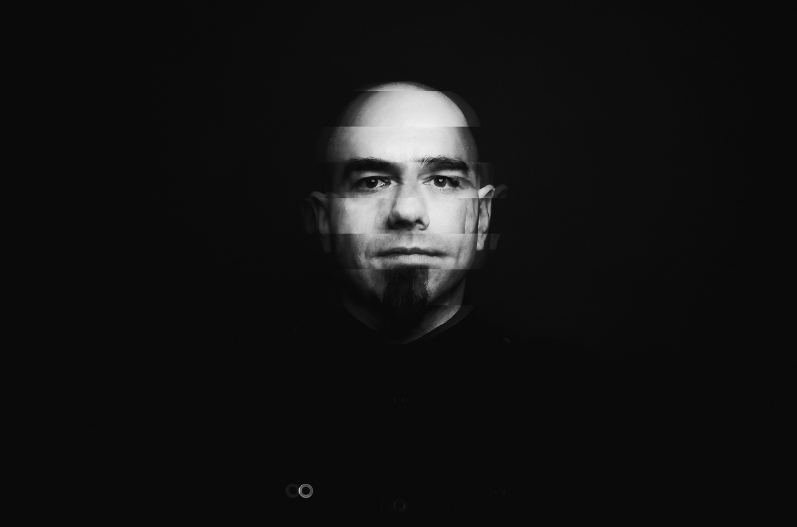 Saeed Younan is long known in house and techno circles as a true practitioner of the genres. The Iraq-born/Washington, DC-based DJ/producer has circled the globe, playing in more than 50 countries in a career that’s spanned more than 25 years. He has also been a go-to remixer for a variety of DJ/artists – from Danny Tenaglia to Loco Dice – who sought Younan’s tasty, percussive-based approach.

And now he’s released MORPH, his first artist album. While house remains its driving force, MORPH represents an evolution of sound for Younan as he explores a wider-ranging set of styles – cinematic soundscapes, gospel flourishes, even drum-n-bass rhythms. Of course, pumping singles from the album, like “Church of Bass” featuring Born I and “Exist” featuring Robert Manos, should keep the dancefloor hot.

Big grooves mixed with delectable sounds informed by Younan’s personal journey makes MORPH a must-listen for 2021. We recently connected with Younan to discuss the album and more.

DJ Times: How did you manage the pandemic?

Saeed Younan: Living in the DC area was tough during lockdown. Everything was closed – restaurants, bars, music venues – pretty much the same across the board. I spent half of my time improving my health, changing my diet, adding lots of outdoors activities, with yoga and becoming meditation a daily routine. The other half of my time, I spent it in the studio, working on new music, refining my new album MORPH, and doing all-vinyl live streams via Facebook and YouTube Live. I also launched a Patreon account during the pandemic, to have some sort of an income from all the lost gigs.

DJ Times: And, like everyone, you couldn’t play live at all…

Younan: I lost a lot of important gigs. My team had a massive tour lined up in support of my new album. Some gigs were postponed, and others were completely cancelled. Now we are working on make-up dates for the album tour. I’ll be bouncing around from coast to coast playing at every venue that I can and rocking out a few festivals. I’m really looking forward to what 2021 and 2022 will bring. I’m super-optimistic that things will bounce back in a safer and more productive atmosphere.

DJ Times: What was the inspiration for MORPH – and why an album?

Younan: I’ve been in the music business for well over two decades, and I’ve always wanted to write a full-length album to show my fans that I’m not just a one-trick-pony when it comes to making music. I didn’t write MORPH for money, numbers or hit singles. I wanted to write an art record. I find value in writing a full-length album the same way a painter, a sculptor or an architect sees value in a complete piece of art. There is beauty in releasing a full-length album; you give your listeners a chance to hear what you can produce, something that you normally can’t do with club tracks. An album is very personal. You are bringing listeners into your life, showing them the different music you make and enjoy. That’s what makes it so special, compared to a single or an EP.

DJ Times: Your brand of house music remains rooted in New York and Chicago. Why do you think that sound still resonates with clubbers?

Younan: I think it’s because it has so much history, especially for the people living on the East Coast – that sound takes you way back! For me, it was in the early ’90s when I first experienced nights at Twilo with Danny Tenaglia, Palladium with Junior Vasquez, of course, Sound Factory with Louie Vega and many others. Those elements are still in my mind and used as building blocks when I record in my studio.

Younan: Recently, I’ve moved to a simpler set-up. I’ve sold most of my outboard gear and gone all in the box. I find that I’m more productive and my workflow is much quicker when I’m not jumping around the studio from one hardware to the next. So, I use Ableton Live and Logic – but my go-to DAW for full-on production is Logic. I love Rob Papen SubBoomBass 1 and 2 – they are my go-to VSTs for 90-percent of my basslines. I still have a TASCAM DA-40 [DAT recorder] to play and I re-use some of my sample libraries that I’ve saved on DATs throughout the years.

Younan: I always start with an idea in my head from tracks that I layer while I’m on tour. I create a groove based on what I played and layered, and work around that to build something. Creating hooks are also fun for me. Most of the time, I just plug in a mic and make crazy sounds with my mouth and then manipulate the wording with some plug-ins. That’s always the funnest part of making music, in my opinion.

DJ Times: And your DJ setup?

Younan: Just like everything else in my life, I like keeping things simple and comfortable to work with. I normally use three decks, two for playing and one for sampling. The third deck is always hooked up to an external delay pedal going to a Pioneer mixer for added special effects on dry a cappellas or sounds.

DJ Times: What did you learn during the pandemic downtime?

Younan: That you can do so much to improve your skills as a DJ and producer – also, finding time for yourself to reflect inward and better yourself as a person, both physically and mentally. I learned this global pause was extremely necessary for humanity, in general. It was a time for reflection, looking inward, and figuring out what’s really important and what’s really at stake here. I took the time to do some personal “inner engineering” to better myself as a human for this planet.