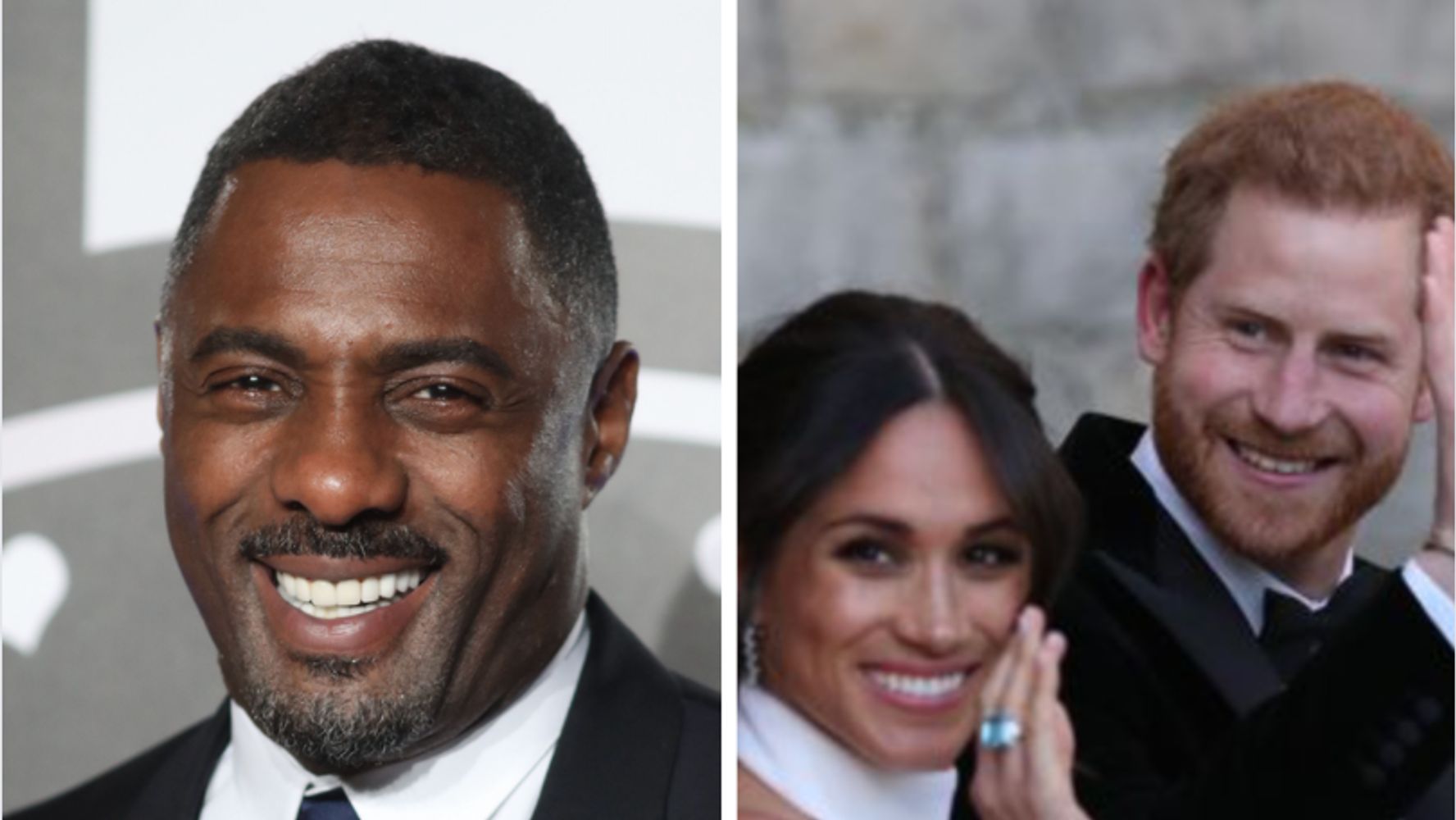 And it’s obvious that the royal couple’s friend and wedding DJ ― actor Idris Elba ― hasn’t either, as he continues to share tidbits from the May 19, 2018, big day.

The “Luther” actor appeared on BBC’s “1Xtra Rap Show” last weekend and spoke with host Tiffany Calver about his role as DJ at the couple’s wedding reception.

“By the way, what is the vibe of a Harry and Meghan wedding?” Calver asked. “What tune was the one that got everyone going crazy?”

The Duke and Duchess of Sussex wave as they leave Windsor Castle after their wedding to attend an evening reception at Frogmore House on May 19, 2018.

“I Wanna Dance With Somebody,” Elba said, referring to the Whitney Houston classic. “They went off on that tune.”

“What ― WHAT? Really?” Calver said, apparently shocked. “I knew I liked them.”

“That was Meghan’s choice,” the actor said of the 1999 hit by Dr. Dre and Snoop Dogg, which Calver then played for the BBC audience.

“Let’s get into it, ‘Still DRE’ as picked by Meghan Meghan, the Duchess of Sussex, at her royal wedding in 2018,” Calver said, introducing the song. “What a sentence!”

Elba said previously that he wouldn’t divulge the couple’s playlist, though he did let it slip that Houston and “some West Coast” were on the list that Meghan sent him.

He’s also spoken about the pressure that came with the royal DJ gig, and admitted he first thought it was a joke when Prince Harry asked him to perform.

Idris Elba arrives with his then-fiancee Sabrina Dhowre for the wedding ceremony of Prince Harry and Meghan Markle at Windsor Castle.

“I met Harry and William a few times, and Harry came to a couple of parties that I DJed,” Elba told Ellen DeGeneres back in 2019. And then one day, Harry “was like, ‘Hey man, what are you doing on ‘” May 19?

Of course, it turned out to be one of Elba’s most stressful gigs ever, in addition to a career high.

“This wasn’t like my cousin’s wedding,” the actor said during an appearance on “The Tonight Show Starring Jimmy Fallon” last year. “This was like, you know, this wasn’t at the community hall, the reception. This was a big deal.”

“They’re good friends and I wanted to make sure they had a good time, so there was a lot of pressure.”