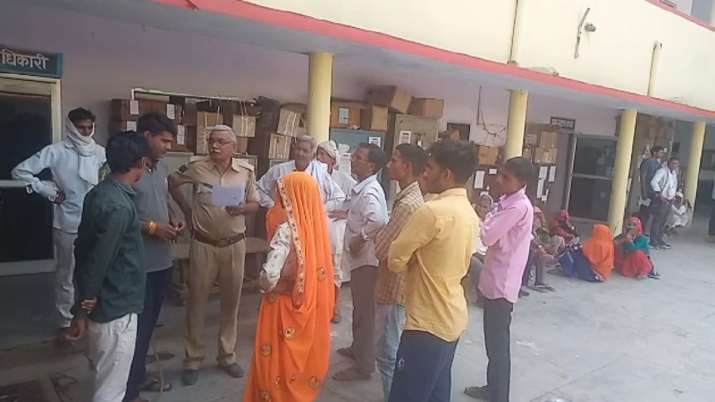 Dalit groom, family assaulted for playing DJ during a wedding function in Rajasthan.

A Dalit groom, family, and relatives were assaulted by people belonging to a particular community for playing DJ during a wedding function late at night on Sunday in Rajasthan’s Kaman village.

The accused stopped the people belonging to the Dalit community from playing DJ, prevented them from taking out Banwara (a wedding ritual), and beat them up with sticks.

After the incident, the people of the aggrieved Dalit community reached the Kaman police station on Sunday morning and lodged a complaint.

A group of people both men and women attacked those present in the function with sticks, assaulted the groom, abused relatives, and manhandled women. The accused have been identified as Sarfu, Sabir, Shahrukh, Sahil, Hasi and Rahul.

However, according to reports, the accused in their defense said that they (Groom’s family) were playing vulgar songs. A fight broke out between the two groups for refusing to stop vulgar songs from being played.

When the victim’s family lodged a complaint at the police station, reports say that the other party which had political patronage became aggressive, following which the people of the Dalit community had to compromise to continue living in the village.