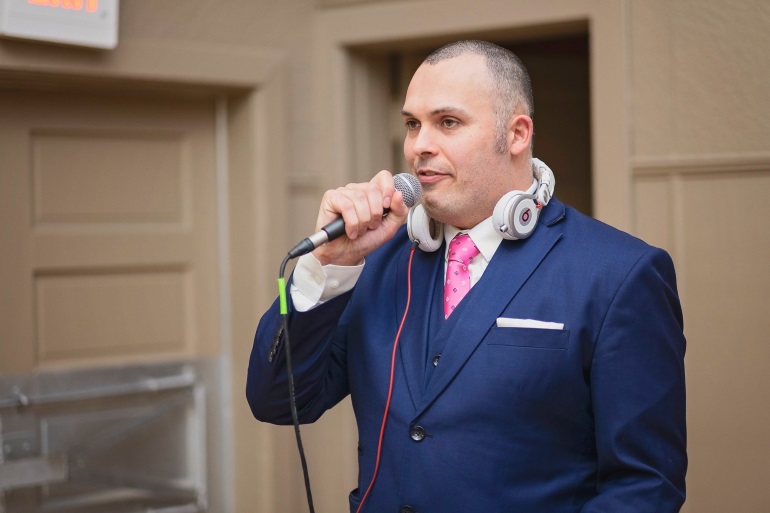 Another accolade for local celebrity Richy Roy. Earlier this week, the man with many talents was named the Best Wedding DJ in Saskatchewan.

It was an extensive process that took a few months. It was actually a panel of judges with the International Wedding Awards who gave him the nod.

“International Wedding Awards have been going on for years and it’s based out of the UK What happens is you have another professional in the industry that nominates you and then you go through all these trials,” Roy explained. “A board of judges in the UK actually decides who the best professional wedding DJ is.”

Roy said he was humbled and honored to receive such praise for his work. Of course, that’s not all he does. He also is a magician, a balloon twister, an author and a game show host on the side. It’s been a busy summer for quite possibly the most interesting man in Weyburn, but all his hard work has paid off.

With this award, he now will faceoff with other provincial winners in a similar competition to vie for the crown of Canada’s Best Wedding DJ.

“You get a beautiful crystal statue that they send out to the winners, but it’s the opportunity to network with wedding professionals around the world. You can find out what these people are doing that makes them so great and then bring it back to our hometown and incorporate it with weddings locally,” Roy said.

It seems like a simple enough job to play some music that everyone likes. However, Roy said there is so much more that goes into a great performance.

“We’re trying to make weddings fun and different nowadays. We’re not just a guy who puts on music and presses play anymore. Now, we’re a planner, a coordinator, an emcee and the entertainment. When I do things like cocktail magic or balloons, it transforms it into an unforgettable event,” he noted. “We feel we’re responsible for 90 per cent of the success of a wedding. To try and keep the guests there for as long as we possibly can and everyone goes away saying that was the best night of their life.”

The next round of the competition may take two to three months to unveil the national winner. If Roy was victorious once again, he would advance to an International competition for Wedding DJ’s.