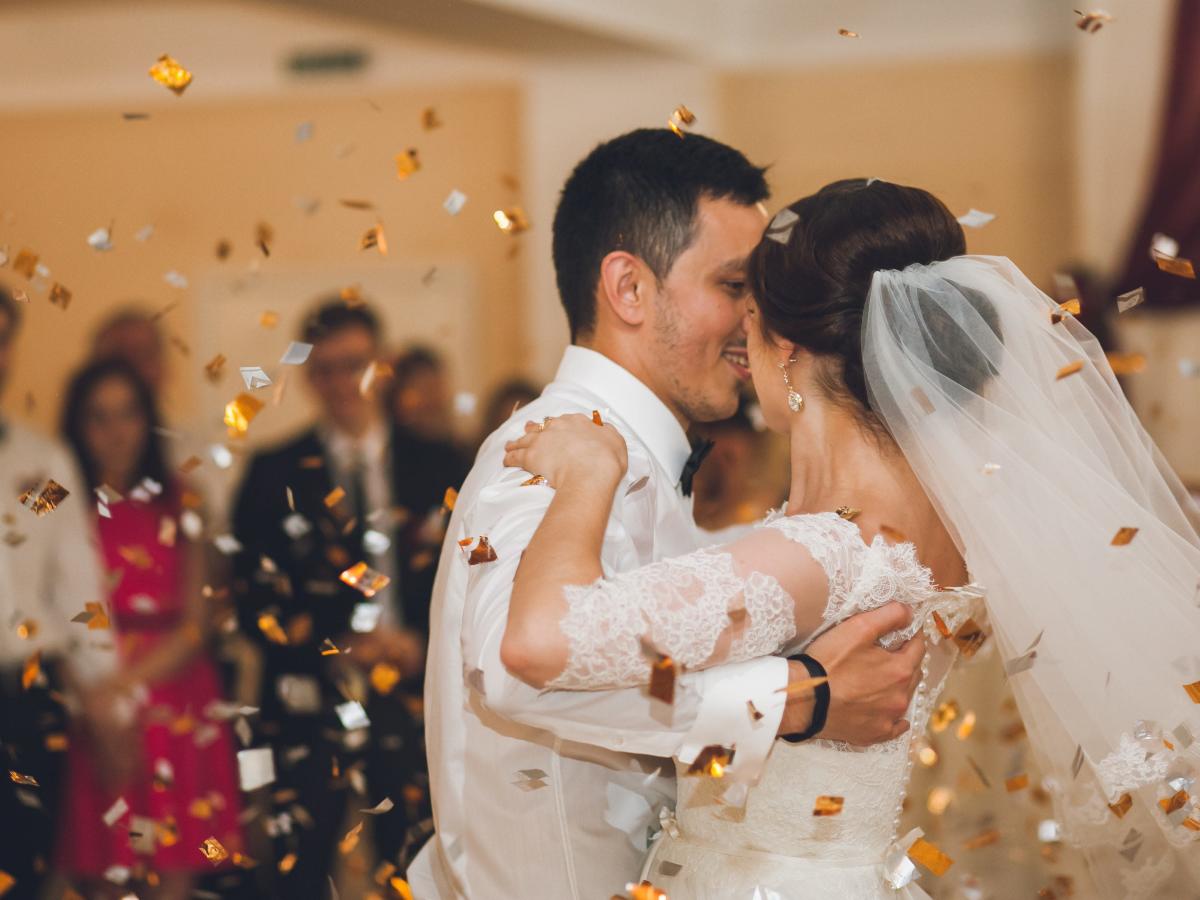 A DJ shared the top 75 do-not-play songs at weddings on TikTok.Oleksandr Schevchuk/Shutterstock

A DJ shared some of the songs couples most commonly don’t want played at their weddings — and some of the requests are a little surprising.

In a TikTok, POSH DJs, a wedding DJ group, scrolled through the top 75 “do-not-play” requests from 2021.

The video, which has nearly 300,000 views, contains data that POSH DJs owner Michael Bedkowski said was collected from the online form their clients fill out prior to each wedding.

He told Insider the list from the video was made using data collected from over 700 weddings the group performed in New Jersey last year.

The song couples most commonly wanted the DJ to avoid was DJ Casper’s “Cha Cha Slide,” followed by Cupid’s “Cupid Shuffle,” and Rednex’s “Cotton Eye Joe.” According to the video’s creator, this is expected.

“We tell our clients we try to stay away from line dances at weddings, it’s just not our style,” he said in the video.

Although most of the listings are songs, the country managed as a whole genre to make the list.

“We do operate out of New Jersey, so that’s not really a big surprise,” the creator said.

However, Bedkowski told Insider, there were still some surprise “do-not-play” requests.

Bedkowski told Insider his team was “shocked by how many times Bruno Mars shows up on do-not-play lists.” He also mentioned that this was the first year that Earth, Wind, & Fire’s “September” made the list.

The group also shared a video of the most-requested songs, which include some tracks from the do-not-play list

The DJ group also uploaded a follow-up video of some of the most-requested songs, with Whitney Houston’s “I Wanna Dance With Somebody” at the no.1 spot.

Other popular requests include Walk the Moon’s “Shut Up and Dance,” Journey’s “Don’t Stop Believin’,” and “Sweet Caroline” — which was toward the top of the do-not-play list.

“There were many songs also found on the do-not-play list, indicating you either love it or hate it,” Bedkowski said.

Read the original article on Insider