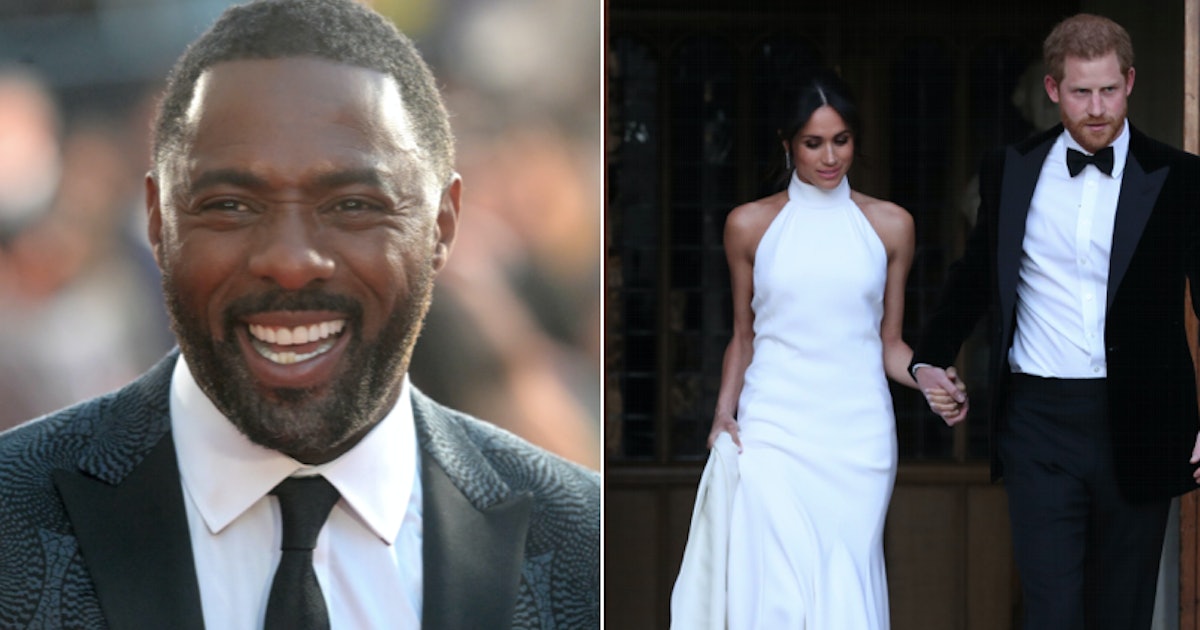 Just when you think Meghan Markle and Prince Harry’s royal wedding couldn’t get any cooler in 2018, remember that they had a huge reception full of A-listers. And oh yes, Idris Elba was the DJ. The actor recently shared some behind-the-scenes stories with the royal family from his night as a DJ, and each precious treat is just delightful.

Elba, along with his wife Sabrina Dhowre, was a guest at Meghan and Harry’s wedding in May 2018 and was hired to do the music selection for their subsequent reception. Elba is a professional disc jockey who was formerly known as “DJ Big Driis” and of course also played as a DJ on the Netflix series Turn Up Charlie. So he was clearly the perfect choice for the couple, but that doesn’t mean he wasn’t nervous.

“It wasn’t like my cousin’s wedding,” Elba told the Daily Mail [reception] wasn’t in the community hall … That was a big, big deal. “

It wasn’t just the whole spectrum of the event that made Elba sweat. “They are good friends and I wanted to make sure they were having a great time so there was a lot of pressure,” he told the Daily Mail.

Fortunately for him, Meghan made sure he knew which songs she would like to hear. “Meghan had sent me a playlist, so I already knew what she wanted,” admitted Elba. Top of your list? Whitney Houston’s 1987 dance hit “I Want To Dance With Somebody,” which the couple danced to their first official song at their Frogmore House reception.

Idris Elba was far from the only celebrity girlfriend to celebrate at the Duke and Duchess of Sussex’s wedding reception. Oprah Winfrey, Serena Williams and George and Amal Clooney were all there for the big night. As for other members of the royal family, Queen Elizabeth hosted a wedding dinner for the couple after they took their vows at St. George’s Chapel. But Kate Middleton and Prince William were reportedly there to dance the night away. Oh what a night