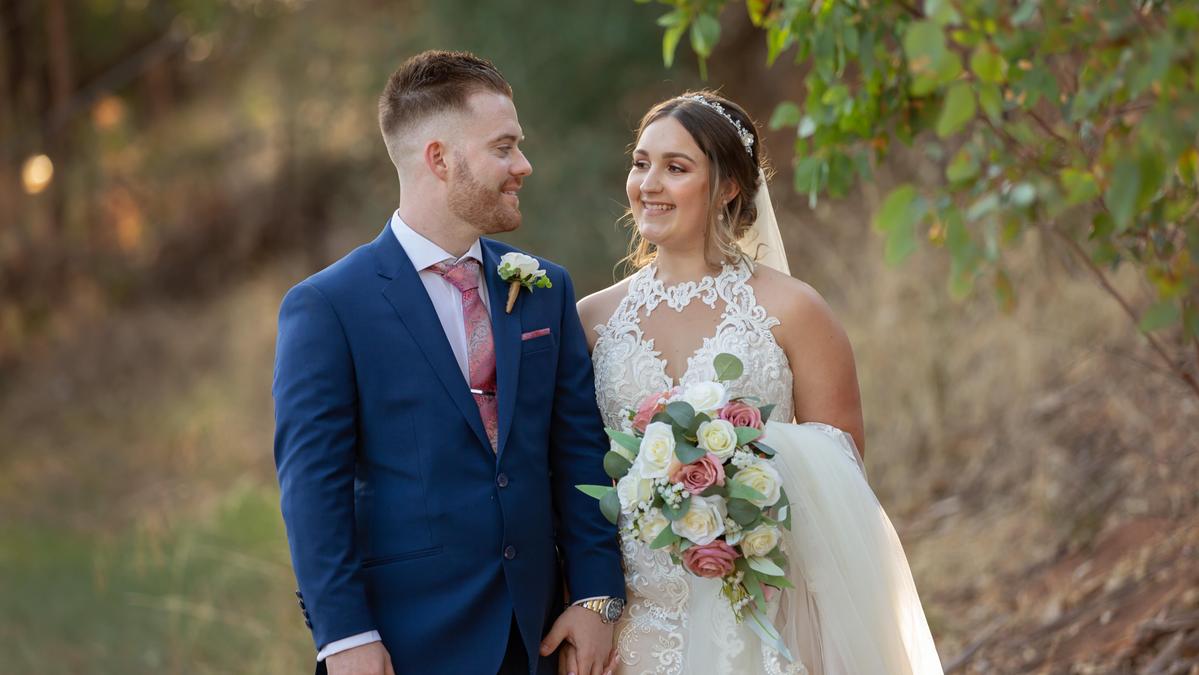 The date was chosen in 2019, long before the pandemic became our gritty new reality. But luckily the planets were aligned and despite numerous locks and restrictions in advance, everything went as it had been planned many months earlier.

A mask was required for the rehearsal six days before the ceremony. However, the restrictions were lifted the next day. There were scary times leading up to it, but they pushed both of them forward and managed to experience perfect weather and an incredible wedding that was captured by Simone Harris Photography

Annika’s dress was from Tuscany Bridal, suits from Uber Stone, and the flowers from Artistic Greenery.

The couple married on February 19 in front of 90 guests from Celebrant Kylee Payne at the Mulberry Estate in Caversham. The festivities continued well into the night, with entertainment from a wedding DJ from Perth who managed to bring in special audio messages from the family who were unable to attend from the freeway and overseas.

No trip to the UK or Bali was planned, so the couple spent a week in the Swan Valley instead, followed by a few days in Dunsborough, where the surprise announcement of a couple’s engagement in their wedding party was announced.

Annika and Adam are looking forward to having their first child in the new year.