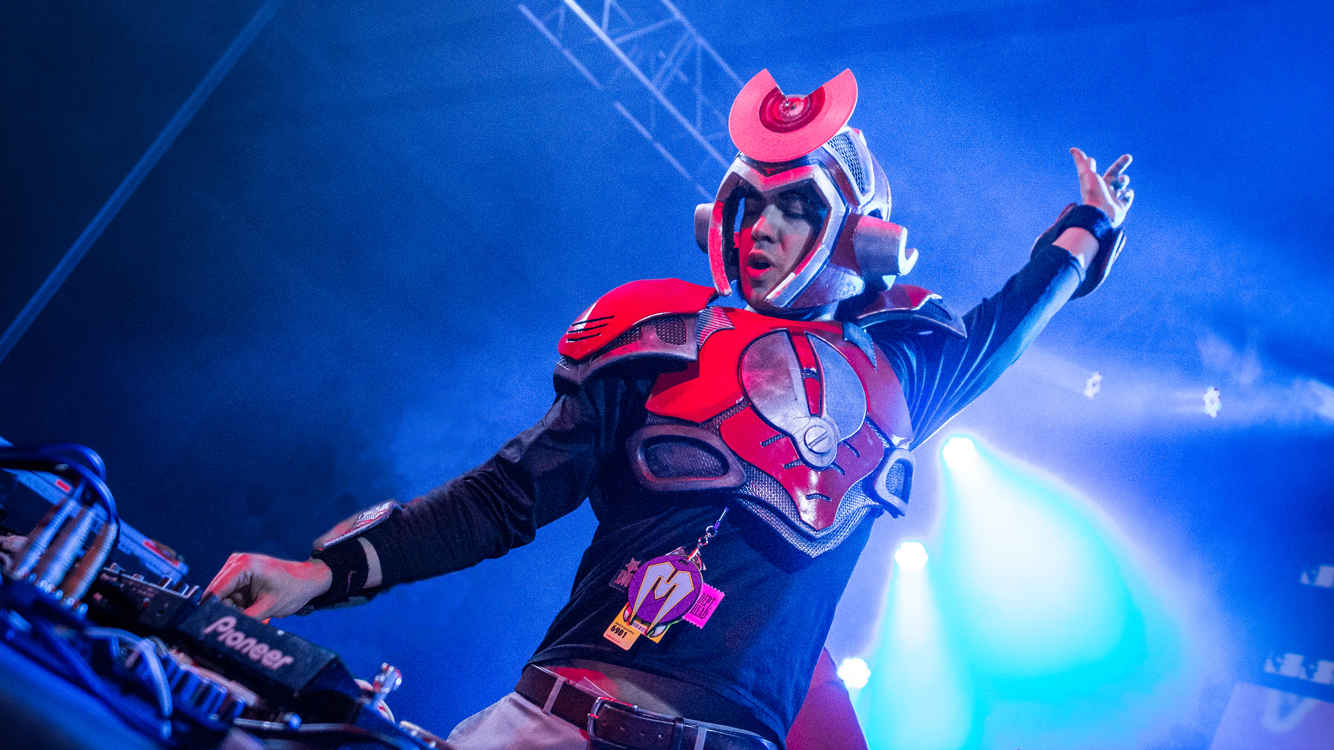 The first DJ we highlight is the Chef Honcho himself, Chris Davidson, aka Dj CUTMAN. He is the label head at GameChops and hosts a weekly podcast called This Week in Chiptune. In addition, Dj CUTMAN is one of the most notable chiptune and video game music artists on the scene. He is a master at mixing and creating multi-genre sets and is particularly adept at infusing video game music with dubstep, hip-hop, soul and funk. His background in audio engineering gives him an edge over other artists as he has a keen ear that is perfect for mixing multiple sounds to create unique and unusual sounds. Check out what he has to say about his style and inspiration below!

Stream Dj CUTMAN – This is JoZu (Live at Magfest 2017) via SoundCloud:

What was your inspiration to become a DJ?

I was looking for a new way to interact with music outside of my studio job as a sound engineer (back then). I’ve always loved games and collected music from video games and wanted to go to parties and events where I could hear this type of music. When I started there was no such thing, so I started the Dj CUTMAN project to be the kind of DJ I want to see myself.

What inspired you to focus on video game music?

I think video game music, or any music we heard as a kid, has a special power. As adults, our lives are filled with all sorts of “real world” obligations, such as rent, shopping, etc. But through music we can review a time when the whole world was just us and our fantasies. It’s something very special to me.

A specific “sound” is important in the EDM world. How would you describe your sound?

Happy chiptune synths, warlike hip-hop beats and the reluctance to commit to a certain genre.

Do you have a favorite event that you got to play?

My favorite recurring event is MAGFest, the Music And Gaming Festival that takes place outside of Washington DC every year. It’s a great combination of a huge resort music festival with the heart of a grassroots video game convention. My favorite place I’ve ever played was the EMP Museum in Seattle.

What is it that appeals to you specifically about the electronic / video game music scene?

I find that the video game music scene has an incredibly high concentration of positive people and real talent. To get into the VGM scene as a performer, you have to be really committed and really love this stuff. Anyone can learn to DJ … but play a whole bunch of Zelda music or create a mixtape based on Pokémon … it takes a special attitude and dedication.

If you could pick 3 artists that you would like to hear for the rest of your life, who would they be and why?

I want to hack this question by naming DJs. I would listen to DJ Premiere, Z-Trip and my own mix tapes. There are probably generations of samples in all of this music!

Which artist was your entry into electronic music?

I grew up on everything from 90s mainstream rap like Dr. Dre and Eminem to industrial like Marilyn Manson to techno / trance like DJ Shadow. I had a collection of Japanese rhythm games, often with very different music catalogs.

Deadmau5 was definitely one of my first inspirations to perform. I thought to myself: If this guy can wear a Mickey Mouse head and tour the world, I can certainly dress up as a mega-man boss and DJ at this convention. This little reason took me across North America, so I guess I owe Deadmau5 a big thank you!

I also took inspiration from DJs Pete Tong and Armin Van Buuren and combined those influences to create my weekly mix show This Week in Chiptune (www.thisweekinchiptune.com), which I believe reflects Armin’s dedication to the genre Pete’s commitment connects to concisely comment on his tracks.

What can your fans expect in 2017? Are there any surprises or new releases?

My GameChops record label is coming out with some great new collaborative albums, one based on Sonic the Hedgehog and the other based on Pokémon, in a variety of EDM styles. I also started a new channel called JoZu Music in January, where I share some of my favorite original dance tracks on Mondays and Fridays. And once a week I stream and record a new hour-long DJ mix for my show This Week in Chiptune.

Because I’m involved in so many projects, I started my own Twitter robot that tweets my new music releases. It’s probably the easiest way to keep up with all of my music.

At the risk of it sounding mega-basic, Haagen Dazs coffee ice cream is the best. I also love Ben & Jerry’s Americone Dream.

If you’re in Boston this weekend, check out Dj CUTMAN and the GameChops crew at PAX East!

Connect with GameChops on social media: